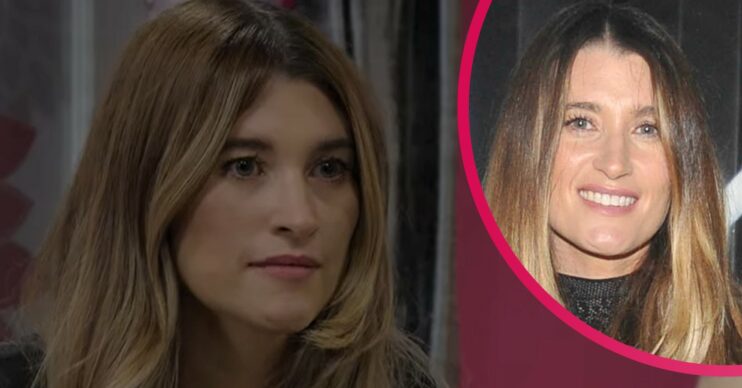 Emmerdale has confirmed Debbie Dingle won’t be returning this Christmas as she has opted to stay in Scotland.

Fans have been wondering whether actress Charley Webb will be coming back as Debbie after her brief return last festive season.

However, it looks like those hoping she would be back sooner rather than later are set to be disappointed as there seem to be no plans for her return.

Is Debbie Dingle returning to Emmerdale?

In tonight’s episode (Thursday, December 16) Chas looked wistful as she remarked to Paddy that she’d heard from Debbie about her Christmas plans.

“Debbie’s not coming home for Christmas,” she said.

“We could go to her? I know Bear’s keen on visiting Scotland?”

As Paddy agreed he’d finish work on Christmas Eve and join them, Chas was thrilled, saying she didn’t want Al to spoil their Christmas so getting away was the best thing.

However the news is likely to be a blow to fans who have been hoping for Debbie’s return.

When is Debbie returning to Emmerdale?

Debbie moved to Scotland in 2019 when actress Charley Webb went on maternity leave to have her third child, Ace.

She returned at Christmas last year and revealed she’d been sleeping with Al Chapman – who was engaged to Priya Sharma at the time.

Debbie told Priya the man they were both seeing was a sleazy cheater and they set him up by stealing money from The Hop and framing him.

Debbie was furious when her mum Charity told Al about the plan.

Needing to get out of the village, Debbie decided to return to Scotland with her dad, Cain, to sort a manager for her garage up there before returning to deal with Al at another time.

Before leaving, Debbie handed Kim back the stolen money from The Hide business account.

Later, as Debbie and Cain prepared to leave, she told her mum that she wanted nothing to do with her and neither did her Noah or Sarah.

Debbie and Cain then left the village. However, Cain returned, but Debbie did not.

Actress Charley Webb has previously said she will come back to the soap, but has not revealed when.

What do fans say?

Viewers are keen for Debbie to comeback to Emmerdale.

Writing on Twitter one said: “Can we bring Debbie back and tomorrow?”

Another added: “Wish Debbie would come back.”

A third even came up with a storyline for her return: “There’s going to be a whodunnit with who killed Al, aren’t they? And it will probably be Debbie.”