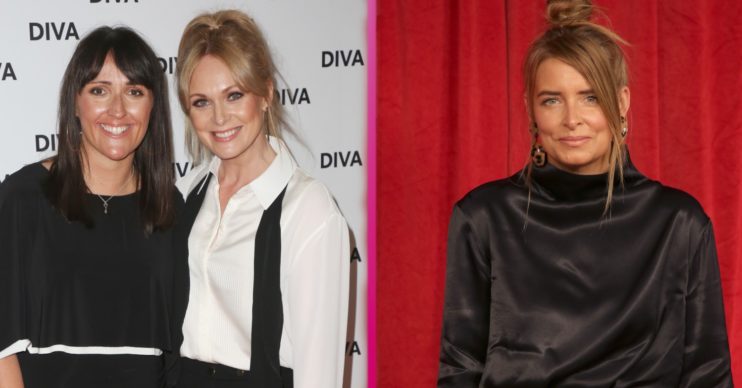 Emmerdale stars have congratulated Michelle Hardwick after she announced the birth of her baby son.

On Friday 9th October, this handsome little chap entered the world. Edward “Teddy” Peter Brooks we are so in love with you 💙 #ourlittleTeddyboy

Alongside pictures of their newborn son, Michelle wrote: “On Friday 9th October this handsome little chap entered the world.

“Edward ‘Teddy’ Peter Brooks we are so in love with you “ourlittleTeddyboy.”

Sair Khan, who plays Alya Nazir, wrote: “Congratulations to you both. Hello and welcome gorgeous Teddy.”

Alan Halsall said: “So happy for you both. Congratulations.”

Julia Goulding, who plays Shona Platt, commented: “He’s so beautiful. Congratulations to you both.”

Earlier this year Michelle and Kate announced that the actress is pregnant with their first child.

Michelle kept fans updated throughout her pregnancy and last month the couple had a socially distanced mini baby shower.

This week, Michelle’s character Vanessa and Charity will reunite using the power of technology.

Currently Vanessa is staying with her mum off-screen. However Charity has been worried about her relationship with her fiancée after she began dodging her calls.

But in the upcoming scenes Charity’s relationship paranoia subsides when she has a virtual anniversary meal with Vanessa.

This is done using a mannequin with a tablet stuck to its head and Vanessa’s face on the screen.