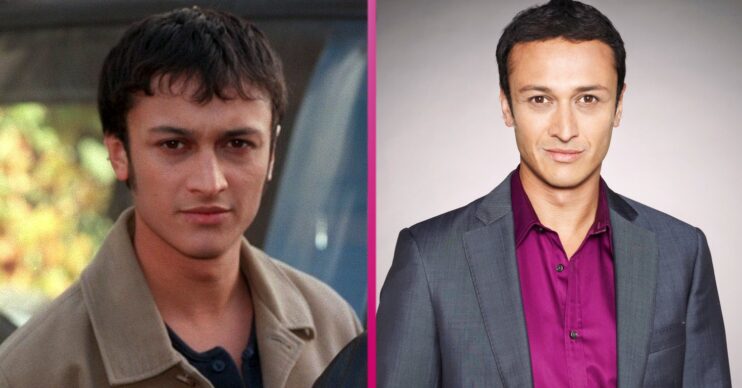 Emmerdale star Chris Bisson: Who did he play in Coronation Street?

Vikram Desai had links to another Emmerdale star!

Emmerdale star Chris Bisson is known to fans of the show as Jai Sharma, the role he’s played since 2009.

But Chris was already a household name when he joined Emmerdale, after a long career spanning television dramas such as Shameless, Hollywood film East is East, and Coronation Street.

And he’s even been in I’m A Celebrity Get Me Out Of Here.

Who did Chris play in Coronation Street?

He was Dev Alahan‘s cousin, son of Ravi Desai and brother of Nita.

Who was Vikram’s sister?

Vik followed his sister Nita to Weatherfield. Nita was very ambitious and ran the corner shop for her dad. She employed Vikram as a sales assistant, though the pair often clashed.

Nita was played by Rebecca Sarker, who now plays Manpreet Sharma in Emmerdale. Manpreet is Jai Sharma’s former stepmum, meaning Chris and Rebecca have been reunited!

Rebecca and Chris are actually the same age in real life.

Vikram had an eye for the ladies of Weatherfield, and had romances with Maria Sutherland (now Maria Connor) and Leanne Battersby.

In 2000, Vikram grew close to Candice Stowe and the pair went on a date.

But Vik discovered Candice was under age and in shock called off their romance.

Vik eventually swapped the corner shop for Street Cars and got friendly with Steve McDonald.

But Vik was struggling with a secret – he was gambling and racking up huge debts.

By 2002, Vik was desperate to clear his debts and got involved in drug smuggling.

He stashed a load of drugs in Karen McDonald‘s case when she and Steve went to Tenerife on holiday.

Steve was furious when he found out and dumped the drugs into the canal. In dire straits, Vik cleared out Street Cars’ bank account and did a runner to Mumbai!

Chris is happily settled with his partner Rowena Finn. They have been together since 2006.

At the time of her arrival, Chris told Hello! it had been a little like a soap.

“Just like a scene from a film, there was this cinematic race to the hospital.

“She was born seven minutes later (after our arrival) after one puff of gas and air.”

Rowena added: “I was terrified. I really believed I was going to give birth in the car. If it had been rush hour, we wouldn’t have made it.”

Where is Chris Bisson from?

Chris was born in Wythenshawe in Manchester.

He is proud of his Trinidadian heritage on his dad’s side with his social media biography proudly declaring him to be: “Moss Side Manchester Trinidad’.