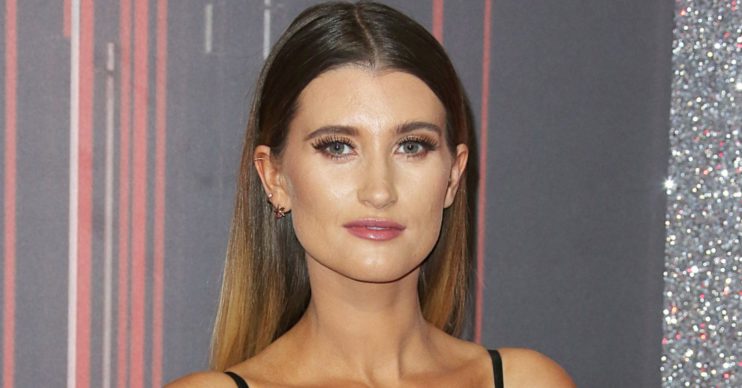 She's hoping the tot will 'grow out of it'

Emmerdale star Charley Webb has shared her concerns over her son Ace’s “smacking and throwing” issues.

The 32-year-old actress – who plays Debbie Dingle on the ITV soap – opened up on her parenting problems on Instagram.

Charley explained that while her one-year-old son may appear adorable, he isn’t without some trouble.

Emmerdale: What did Charley Webb say about her son?

Addressing her followers, Charley said: “The most common answer for my ridiculously, ridiculous small human child was to ignore him when he starts smacking or throwing.

“Also, I’m not sure if I have said but he doesn’t just do it in temper, he just does it.

“It’s not like he only does it when he’s really frustrated, just like, you know, he will just come up to you and whack you one.”

Furthermore, she added: “I’m not sure that Bowie is going to ignore him when he whacks him around the face.

“Just going to have to see if he grows out of it, and if not, we’ll sell him.”

However, Charley then clarified: “That’s obviously a joke.”

The actress previously opened up on her little one’s behaviour in a separate post.

She said: “He’s in his lovely pyjamas and he’s just tipped the dog bowl of water over his head.”

In addition, the actress shared: “He is honestly so feral, I know I say it all the time but he’s going through a stage at the moment where he just throws everything.

He will just come up to you and whack you one

“I’m talking like wooden toys that really hurt, breakfast, lunch, dinner all get lashed, he smacks you and just laughs.

“He throws things at the kids – he’s out of control. I do not remember this with the others.”

Charley ended the clip as she asked her followers for their advice.

What else has Charley been up to?

Meanwhile, it comes shortly after Charley urged her fans to get checked after experiencing breast pain.

Thankfully, the soap star had little to worry about after tackling the problem.

Charley said: “I went to the doctor’s last week because I’ve been having this pain in my boob, which I know is really personal but I wanted to talk about it because I put it off for ages.

“I put it off and put it off because I was so worried about going into them with anything at the moment, with everything going on.”

Despite being initially hesitant, she urged her followers to do the same.