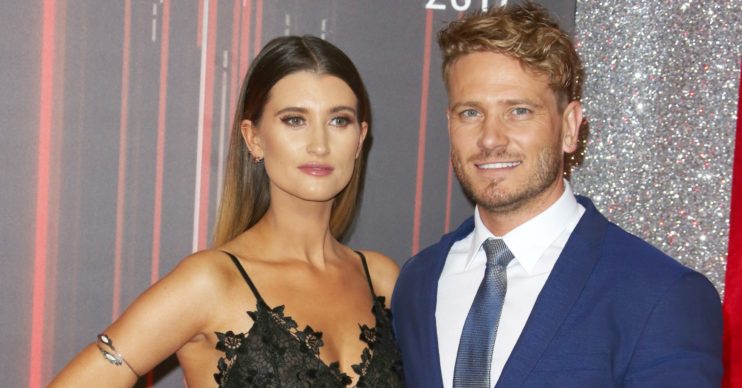 The couple already have three sons together

Emmerdale stars and real-life couple Charley Webb and Matthew Wolfenden have revealed they won’t be having any more children “for a while.”

Charley, who plays Debbie Dingle in the ITV soap, and Matthew, who plays David Metcalfe, are parents to 10-year-old Buster, four-year old-Bowie and Ace, who is nine months.

The pair recently revealed they would love to have more children. But in a recent interview with OK! magazine, it looks like their plans will be put on hold for a little while.

Definitely not a baby!

When talking about the predicted baby boom and wave of divorces due to the coronavirus lockdown, the couple were asked if they could fall into either of those camps.

Read More: Emmerdale shock as Malone reveals he left his wife for Harriet

Matthew replied saying: “I don’t think we will fall into either, luckily.”

Charley added: “Definitely not a baby!”

Matthew continued saying: “We want more children eventually but, if anything, being stuck at home with three kids has made us rest the idea of having more children for a while.”

Charley and Matthew’s life in lockdown

Back in March, Emmerdale suspended production meaning Matthew is off work. Meanwhile Charley temporarily left the show last year in order to go on maternity leave.

However it looks like the pair have been making the most of spending time together as a family.

Throughout the lockdown, Charley has been sharing family photos and videos, showing her followers great ways to keep the children entertained.

Most recently, the actress joined popular app TikTok. She created a video with Buster, showing off his acting skills.

Charley recently revealed she has been suffering terrible anxiety though, due to the pandemic.

When will Emmerdale start filming again?

Read More: Emmerdale accused of ‘wasting Ellis recast’ with new actor having nothing to do

Whilst no official date has been set for Emmerdale to resume production, ITV recently released a statement.

In it they explained they were in the final stages of planning the return.

Meanwhile BBC soap EastEnders will return to filming at the end of June.