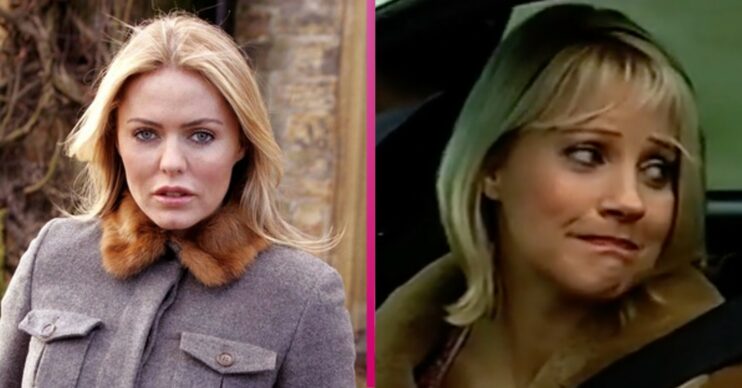 Emmerdale characters who need to return to save the soap

The soap needs some classic characters back in it

It is no huge secret that Emmerdale is suffering at the moment.

Two years of covid has meant that cast levels are down, characters aren’t mixing as much and storylines are stopping and starting like a second-hand car sold as seen by a dodgy wheeler dealer.

But what can be done? Well how about bringing back some unexpected favourites from the past…

After Kim Tate, Kathy is the one Emmerdale legend remaining that fans are desperate to return.

She was the Glinda to Kim’s Wicked Witch of the West – and rarely ever damaged her self-built halo.

After 16 years in the village, Kathy left for Australia in 2001 where she met a new man and welcomed a daughter.

Kathy made a brief return in 2005 for the funeral of Seth Armstrong but she has only been heard from briefly since.

She can only send so many messages from Down Under before her failure to return becomes personal.

It’s long overdue for Kathy to return – even if only for a passing visit.

While actress Leah sadly died after a brave battle with cancer, Zoe is still out there.

And she’s one of Emmerdale’s most beloved characters.

It took the entire King family to bring her down and get her out of Home Farm – but she repaid them by blowing it up as she left.

She raised Joe Tate – before sending him off to boarding school – and still has her daughter Jean with her.

If someone were to take over half of Kim’s businesses – why not have it be Zoe, keen to reclaim her family’s home and honour?

And settle some old scores…

Losing his family and his fortune, Nathan fled the village in disgrace but was determined to rebuild.

It’s been 11 years now – surely that’s more than enough time to have rebuilt his empire.

Temptress, schemer, step-daughter of the legendary Viv Hope, Kelly Windsor is a whirlwind of drama.

An affair with her stepbrother Scott, a feud with Debbie Dingle and a vendetta with Kim Tate – Kelly’s primed for an explosive return.

She left the village in 2011 after a quick three-month return.

It had originally been planned for longer but actress Adele Silva discovered she was pregnant and chose to not extend her contract.

However 10 years have gone by since then.

Kelly’s son Elliot lives with his dad and stepmum, and after the year they’ve had Kelly’s return would be hell for Nicola and Jimmy.

Which is exactly why she should return.

That, and her niece April needs her help against her aunt Cathy.

The whole family is falling apart – and it’s time Kelly made her comeback.

Three years ago when we all got overly excited about the shocking surprise return the soap had lined up – Sadie was tipped.

Despite the obviousness, fans thought for sure that Claire King would never return as Kim Tate – so it had to be Sadie.

But Claire is back as Kim – and she’s without a worthy foil.

Who else would be able to match Kim than Sadie King herself? Especially if she’s got the money to back herself up.

She’s got the ex love of her life, Cain Dingle still in the village, and her ex husband Jimmy King.

There’s even a kid knocking about to give her a reason to return.