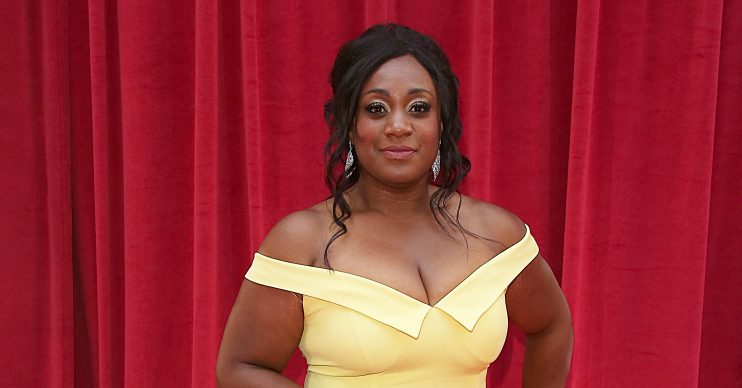 Some cast members from the ITV soap Emmerdale have gone to see their former co-star Sandra Marvin in Waitress in the West End.

Natalie Ann Jamieson, who plays Amy Wyatt in the soap, posted a picture to her Instagram page.

Natalie captioned the post: “I thoroughly recommend you all go see the wonderful @sandramarvinuk in @waitresslondon.

Sandra, who played Jessie Dingle in the ITV soap until September this year, commented on the post: “I was so blown away to see you all! Thank you! xxxx.”

Ash commented: “Great time and yesss she is amazing xx.”

Sandra announced back in October she would be joining the cast of Waitress as Becky.

She is currently performing alongside X Factor and Eurovision star Lucie Jones, who plays Jenna and Hollyoaks and Inbetweeners actress Hannah Tointon, who plays Dawn.

I thoroughly recommend you all go see the wonderful @sandramarvinuk in @waitresslondon.

Sandra’s character Jessie left Emmerdale a couple of months ago after she cheated on her husband Marlon.

After being offered a job in Dubai, Jessie initially turned down the position.

But she slept with her ex-husband Al Chapman and Marlon couldn’t forgive her when she confessed to her infidelity.

Despite telling Marlon she loved him, he was heartbroken and ended their relationship.

Jessie then decided to take the job and left for Dubai shortly afterwards.

Will you be going to see Waitress The Musical? Leave us a comment on our Facebook page @EntertainmentDailyFix and let us know what you think!