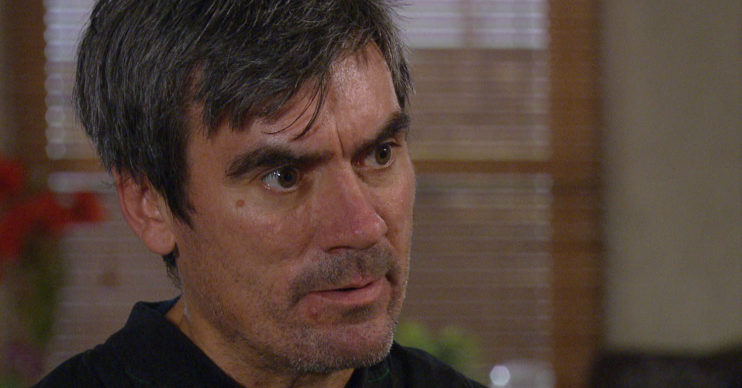 Cain is back and could be set to kill Jamie Tate

Will Cain Dingle murder Jamie Tate in Emmerdale when he finds out the truth about Moira Barton’s hit and run.

Fans know Jamie was driving the car that hit and left Moira for dead – but only Jamie, Kim, Andrea and Belle know the truth in the soap.

And while Kim and Andrea are out of the picture temporarily, Belle is around and trying to make it up to Moira.

Viewers have seen her try and support Moira at the farm by doing all her cooking and cleaning.

But Moira just thinks she is being nice and doesn’t suspect any ulterior motives.

However with Cain back, he is less than thrilled and is horrified that Belle would be in a relationship with a Tate.

And with Cain’s feelings for his estranged wife back at almost full strength, he is determined to get to the bottom of what really happened.

But if he does discover the truth – then is there any doubt that Jamie would be a dead man walking?

Next week Moira receives a call from the police and she’s told that they’ve found a witness.

She’s re-traumatised by the memories brought back from the event, but she’s curious about what the witness saw.

Did the witness see Jamie and will they be able to identify him and his car?

Will Emmerdale’s Jamie go to prison?

If they did – then going to prison might be the safest thing for him as a vengeful Cain Dingle surely won’t rest until Jamie’s buried.

Can will have even more of a motive to hate Jamie next week when he fires Sam.

Jamie overhears Sam bad-mouthing him. Furious, Jamie decides to fire Sam. Sam looks to Belle for support but is shocked when his sister sides with Jamie instead.

How will the Dingles react when they find out Jamie fired Sam?

Later, Belle goes back to the Dingles to collect her things after confessing to Zak she’s moving in with Jamie.

Is Belle’s relationship with her family ruined for good?

Do you think Cain will kill Jamie? Leave us a comment on our Facebook page @EntertainmentDailyFix and let us know what you think!