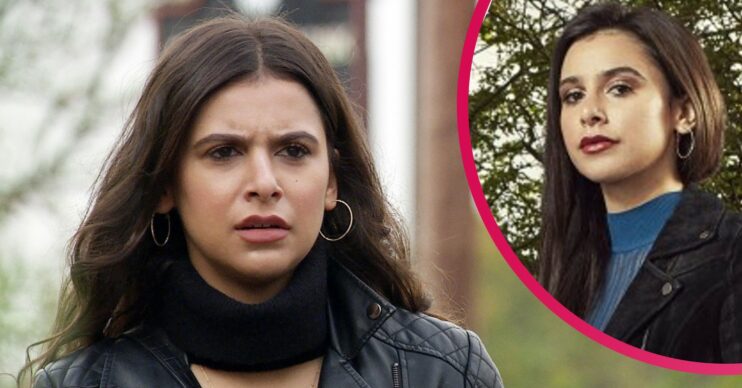 It's not easy getting a serial killer storyline right

Emmerdale bosses have got their work cut out to end Meena Jutla’s reign of terror properly.

Past experience tells us that the ITV soap’s writers aren’t exactly in the best position to have a dramatic serial killer ending.

The last one – Lachlan White – ended up dragging on so long that entire generations of families grew bored.

And he’s still not dead.

The mere thought of him coming back sends shivers through our bodies – and not in a fun way.

Read more: Emmerdale: Will anyone die when the Woolpack explodes?

Emmerdale MUST learn from these mistakes and get Meena’s story right.

First of all they need to realise that they have a hit on their hands.

Meena’s exciting and fresh and she’s already three victims in.

The fourth victim is where soap serial killers usually begin to slip up – don’t let that happen to Meena.

Instead of letting her slip up – give her the perfect murder and make her too cocky.

And then, for the love of all that is soapy, do not turn her into a kidnapper.

Meena is a stone cold psychopath. There isn’t anyone she wouldn’t kill and instantly forget about.

That is part of her charm.

Emmerdale must let Meena Jutla be the psychopath she is

She must not become one of those awful serial killers that suddenly develop a conscience and instead of killing – start effectively taking hostages.

Lachlan did it with his aunt Rebecca – no-one knows why.

And all signs point to Meena doing that with her own sister.

But it would be the wrong thing to do. As much as we love Manpreet – she has to die for Meena to live.

Yes Meena has to be caught. Yes the Soap Gods want their justice. But it doesn’t have to happen yet.

She can be the exception to the soap serial killer rule.

Peel back to layers, let her be an insidious presence in the village – killing when she needs to and without mercy.

Create real tension among the villagers – terrified of who will be next.

No-one must be safe from her wrath.

Not until the tension has built so much that the village is ready to explode.

Then instead of having Meena caught or offed by one of her would be victims – Emmerdale must do something no soap has done before.

Call it revenge, justice or whatever you want – but bring together characters who would never trust each other and force them to.

Change them forever and finally have a serial killer who makes a lasting difference in the village.