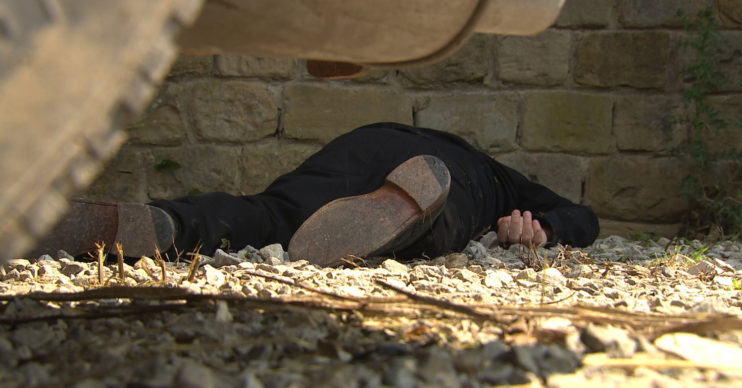 Death is coming to the Dales

Emmerdale bosses have confirmed a ’notorious’ character will be murdered soon.

The ITV soap finally officially confirmed the shocking crime is coming in their autumn preview after months of speculation.

And more than just murder – the act will be covered up and one villager will struggle to cope with what they have done.

The preview teases: “After the murder and cover-up of one of Emmerdale’s most notorious characters, one resident will find themselves spiralling into darkness.

“Intent on self destruction, their actions will have devastating consequences for others…”

Speaking to press after the show won the best serial drama at last night’s Bafta Television Awards, Jane insisted no fans had guessed what will happen.

She said: “There’s been lots of people trying to guess who’s going to die. Is it Malone, is it Will, is it Harriet?

The murder was accidentally revealed by head of continuing dramas John Whiston during a live interview on Sky News.

John was speaking about filming under new social distancing guidelines when the information tumbled out.

He said: “In terms of all of the normal stuff that goes on in soaps people kissing each other or murdering each other, we’ll have to socially distance murders I think.

“And we did actually have one coming up in Emmerdale quite soon.”

The show was crowned best serial drama by the academy last night with stars Zoe Henry and Jeff Hordley on hand to virtually accept it.

Jeff said: “A massive thank you to Bafta for this award. It’s a great honour to be nominated for best serial drama but to win it is an even bigger honour.”

Zoe added: “It’s recognition of the hard work we’ve done over the last few years so thank you from the bottom of our hearts.

EastEnders was snubbed for a nomination.