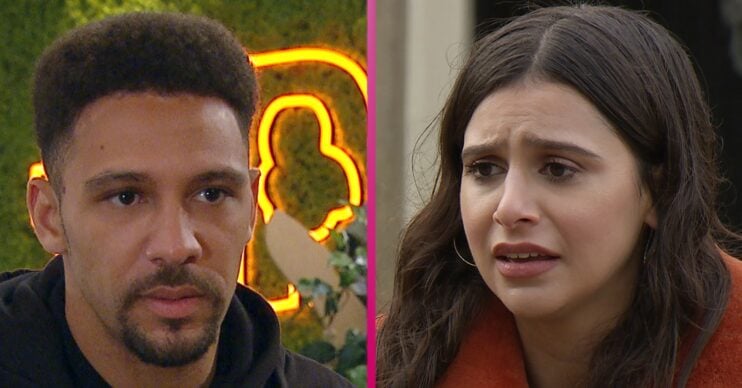 Is this the end for Billy?

Emmerdale fans are predicting Billy will be murdered by Meena as she plans to lure him to her lair.

Recently Meena told Billy she was pregnant with his baby, but claimed to have a miscarriage when she got caught up in the Woolpack explosion.

Currently serial killer Meena is holding Vinny and Manpreet in an abandoned barn.

Meanwhile Liam started to get suspicious of Meena’s behaviour and when he checked her records, he found no record of a pregnancy or miscarriage.

When he confronted her, she threatened to accuse him of sexually harassing her.

In last night’s scenes (Wednesday, January 12) Liam decided to tell Leyla what had happened and told Billy and Dawn that Meena faked her pregnancy and miscarriage.

Billy rang Meena to try and get some answers and she told him that Liam has issues with her and he’s lying.

Read more: Emmerdale spoilers tonight: Meena to get away with murder again?

Meena then said to Billy that there was a barn near Robblesfield and told him to meet her there.

She told him to get himself there and she’d explain everything.

Meena then proceeded to stop the van, which she was using to try and kill Manpreet and Vinny.

She explained Billy was on his way but now fans are predicting Billy will be the one who’s killed.

#Emmerdale I will be heartbroken if billy dies

I reckon Billy will be the hero and die #emmerdale

quite scared for billy hopefully he doesn't die omg #emmerdale

Emmerdale is staying tight-lipped on what happens next, however recently it was confirmed that Billy and Dawn are planning to get married on Valentine’s Day.

Speaking to Entertainment Daily and other media at a recent virtual press event, producer Jane Hudson revealed: “There may be a wedding this summer. You’ll have to wait and see, but you might not guess who that is right now.”

She said: “Their wedding definitely will happen this year and it will happen on the most romantic day of the year on Valentine’s Day!