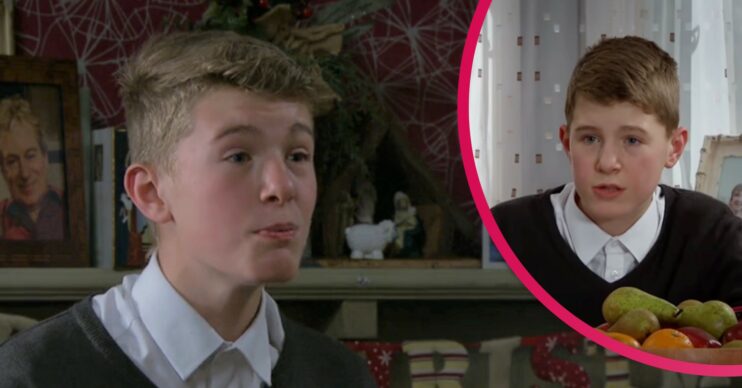 In last night’s scenes viewers saw Arthur on screen as he arrived to help Liam out on his allotment.

Amelia had recruited Arthur, Jacob, Cathy and Heath to try and help Liam get it ready for the journalist, but it was Arthur’s appearance that fans were more interested in.

Has Arthur been recast in Emmerdale?

Fans were confused as they thought Arthur, played by Alfie Clarke, had been replaced by another actor.

But Alfie is still playing Arthur, he has just grown a lot since his last appearance.

Didn't recognise him at first, thought he was an extra, helping out . He's grown up all of a sudden.

Am I the only one who realised one child stood out from the pack on Liam's allotment? Arthur. I recognised all the rest straight away #emmerdale

How much has Arthur grown up! #Emmerdale

#emmerdale oh my goodness what happened to Arthur! I had to rewind that it was the same actor

Who plays Arthur in Emmerdale?

Alfie Clarke has played Arthur since 2009.

In 2019, before the Coronavirus pandemic, Arthur was involved in a bullying storyline which saw him bully Archie Breckle, the son of Jai Sharma.

After Arthur found out his grandfather Sandy had died, he blamed himself thinking Sandy died because he had been bullying Archie and came clean to his mum Laurel.

Last year Laurel fell pregnant with Jai’s baby and the two soon discovered their unborn child would have Down’s Syndrome.

Read more: Emmerdale confirms Jamie Tate is alive – but is he returning to Emmerdale?

The couple came to the difficult decision to terminate the pregnancy. When Arthur found out, he feared they made that decision as he had bullied Archie.

However Laurel assured him that wasn’t the reason.

How old is Alfie Clarke?

Why haven’t children been on-screen as much in Emmerdale?

When filming resumed in May, Entertainment expert Sharon Marshall explained that child actors who worked on Emmerdale and Coronation Street would not be returning for a while.

Read more: Emmerdale SPOILERS: New romance for Bernice and Will?

She said: “One of the things you’re going to see across Corrie and Emmerdale is no children.

“The reason why is of course you’re going to need chaperones on the set with children so the less people on set the better, we’re trying to cut it right down. So there might be a lot of hide and seek going on.”

However in recent months, viewers will have seen the young actors returning to screens.