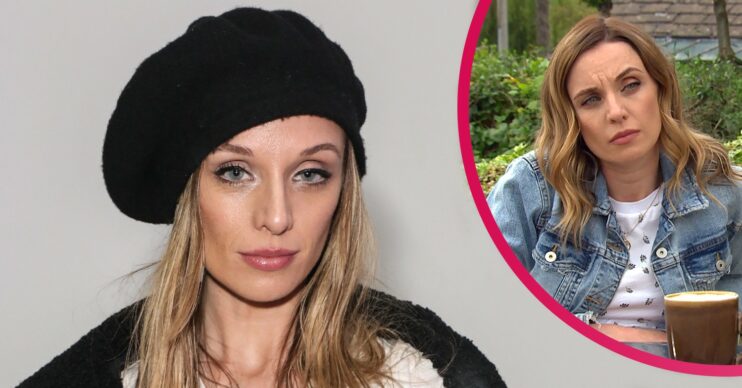 Anna and her fiancé Daren are expecting their second child

Emmerdale star Anna Nightingale, who plays Andrea Tate, has announced she is pregnant with her second child.

Anna, who joined the soap in 2019, and her fiancé Daren Dixon are already parents to daughter Autumn.

Now the actress has announced she is pregnant with her second baby.

Speaking to OK Magazine about the news she said: “We were kind of like, ‘if it happens, it happens, if it doesn’t, it doesn’t.’ To be honest it was a bit of a surprise to me as well, until I actually did that test.”

Anna also hinted there’s some ‘explosive’ scenes coming up before she leaves to go on maternity leave.

She said: “Obviously I can’t give too much away but it’s safe to say fans need to watch out, there’s some explosive stuff coming up.

There’s some explosive stuff coming up.

“There’s going to be a lot of drama before I get to go off have this little one. Watch this space, that’s all I can say.”

Anna also revealed that her pregnancy would not be a part of Andrea’s journey.

Recently he confesses his love to his new girlfriend and the relationship seems to be going well.

However last week, Andrea’s ex-husband and the father of her daughter, Jamie, ended up crashing into a lake.

His car was pulled from the lake, however Jamie’s body wasn’t inside.