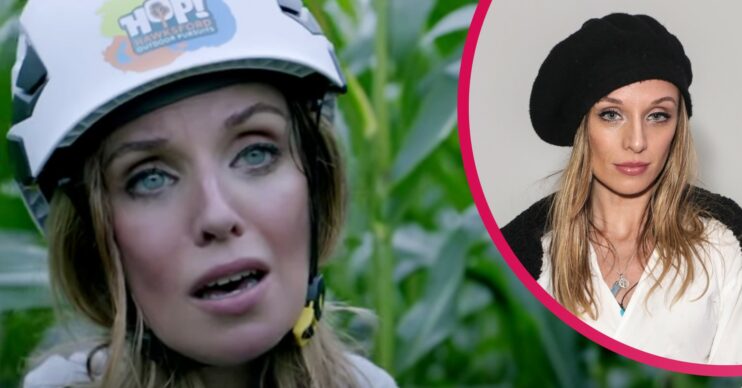 Andrea was murdered by Meena, but fans have a theory she's still alive

Emmerdale star Anna Nightingale as addressed the fan theory that her character Andrea Tate is still alive and in witness protection.

Andrea was murdered by serial killer Meena Jutla in October last year during Super Soap Week after she witnessed the nurse attempt to drown Victoria Sugden.

Read more: Emmerdale in 2022: Who’s leaving and who’s arriving in the village this year?

After her death, police suspected Andrea’s former mother-in-law Kim Tate could of been involved as they had a public row just before she was killed.

However her death was eventually ruled an accident and fans speculated she could be alive and under police protection.

Now actress Anna Nightingale, who recently gave birth to her second child, has addressed the theory.

In an interview with OK! the theory was ran past Anna and she said: “That sounds pretty epic. I would love it.

“On both parts at the moment, it’s a chapter done, but you never know, so never say never.

“That version of Andrea’s reality sounds really cool. I’d love to imagine her in some witness protection house, plotting how she’s going to return not only for Kim but for Meena has well. I’d like to live in that world. That sounds amazing.”

However Anna revealed the reason she left the show was to be at home and ‘put family first for a while.’

On both parts at the moment, it’s a chapter done, but you never know, so never say never.

What happened to Jamie Tate?

In the accident he drove into a lake and his body was never discovered.

Kim believed he was still alive for a while and Andrea believed Jamie was dead.

However at Andrea’s memorial, her mother Hazel turned up and Jamie and Andrea’s daughter Millie made the decision to go and live with her grandmother.

Kim accepted that her son had died and was sad that Millie had chose to live with her other grandmother.

It was then revealed to viewers that Jamie was alive and was waiting at Hazel’s for Millie.