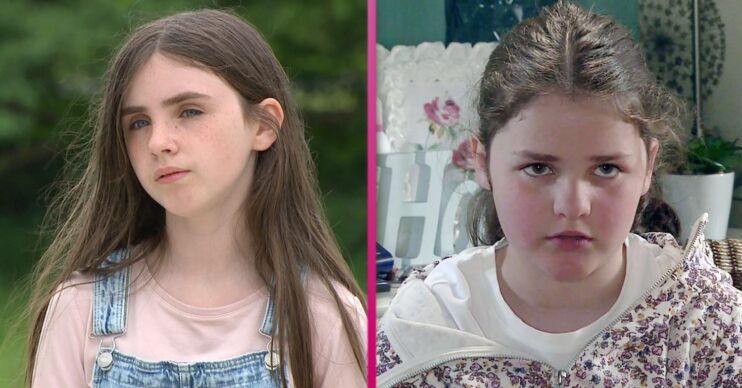 All three of the Flanagan siblings have roles in ITV soaps

Chris Flanagan, who is the father of Emmerdale and Coronation Street stars Amelia and Isabella Flanagan has paid tribute to his daughters who are both part of huge storylines.

The dad of the three stars has praised his talented daughters for taking on huge storylines.

Sharing a picture of Amelia and Isabella he wrote: “So proud of these two this week, playing such different characters both with big storylines and both doing such a great job.

“Thank you for all the lovely comments.”

So proud of these two this week, playing such different characters both with big storylines and both doing such a great job. Thank you for all the lovely comments! #Hope #Corrie #April #Emmerdale pic.twitter.com/BlKrqd6rwr

One wrote: “They are very talented young actresses.”

A second tweeted: “They are both fabulous. April has really tugged at my old heartstrings this week, Hope portraying all too familiar extended family situations. You must be so so proud of them.”

Another said: “Such wonderful actresses. You’re both doing  such a brilliant job. Keep it up girls.”

Amelia has played April since 2014, meanwhile Isabella and William joined the Corrie cast in 2017.

April is currently at the centre of a huge storyline, which has seen her being bullied online.

After setting up a social media page to help people struggling with grief, April began receiving cruel comments about her late mother, Donna.

Her dad Marlon discovered what had been going on and took her phone away and deleted her social media accounts.

Meanwhile in Corrie, Hope was furious when she discovered her dad and Alina were having a baby boy.

However a fire soon broke out at the flat. Alina was rushed to hospital and it was revealed that she had lost the baby.

Did Hope start the fire?