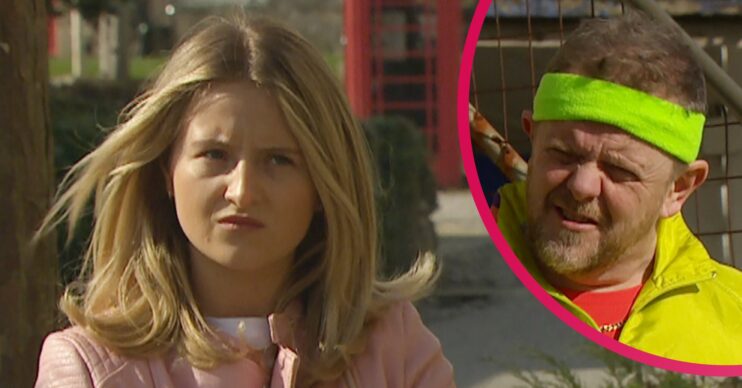 The teenager is set to go through a tough time

The teenager has been seen struggling with her obsession over social media influencers in recent weeks.

Viewers watching this week saw her become humiliated after a video of her went viral around the village.

In the shop David, Leyla and Chloe were seen laughing over a video on their phones.

It was a clip of Dan exercising in bright and tiny shorts with Amelia.

But when she walked into the shop the three fell silent – and it got awkward for Amelia.

Chloe admitted what they had been watching and sent it to her.

And then told her she also sent it to Kerry who loved it.

Amelia rushed over to the salon to beg Kerry to delete it – insisting it would be embarrassing for her dad.

But Kerry saw through it and tried to reassure Amelia that she looked great in the video.

However, later Amelia was seen struggling as she stared at her own reflection in the mirror.

And it has fans convinced she will develop a heartbreaking eating disorder.

So much so that they are begging Emmerdale bosses to stop the potential storyline before it gets going.

One said: “Amelia has a lovely figure, scary how she thinks she has body confidence issues #Emmerdale.”

A third said: “If only #Amelia could see herself the way her dad does.. #beautiful #Dan #Emmerdale.”

Another added: “Aww, PLEASE not Amelia with an ED storyline. She has no reason to feel bad about her appearance!!! #emmerdale.”