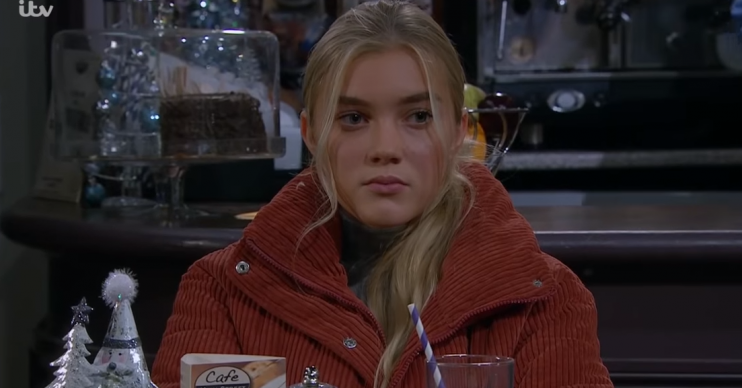 She joined the soap last year as Leanna Cavanagh

Emmerdale actress Mimi Slinger has shared a stunning photo from her prom night.

The 16-year-old posted the picture to her Instagram wearing her pink prom dress.

Fans and friends rushed to comment how lovely she looked.

Her co-star Katie Hill, who plays Sarah Sugden in the ITV soap, wrote: “You look stunning oh my gosh.”

Leanna proved to be sneaky after stealing Joe Tate’s car, then going on to steal Daz Spencer’s car.

The schoolgirl also tried to split his dad up from his girlfriend Bernice, but eventually Liam caught on to his daughter’s antics.

A couple of weeks ago, Leanna was mortified to find out her ex stepmother Maya, who she despised, is a paedophile and had been grooming her friend Jacob Gallagher.

Earlier this year, the shocking truth about Leanna’s mother and Liam’s first wife Lara was revealed after Bernice suffered an allergic reaction to a Botox set she had ordered online.

Although it was revealed Lara died from an allergic reaction, viewers think Liam may have killed his first wife after he acted strangely talking about her.

Some viewers are also convinced that he knew Maya was a paedophile before she was exposed.

Do you think Liam is hiding something? Leave us a comment on our Facebook page @EntertainmentDailyFix and let us know what you think!