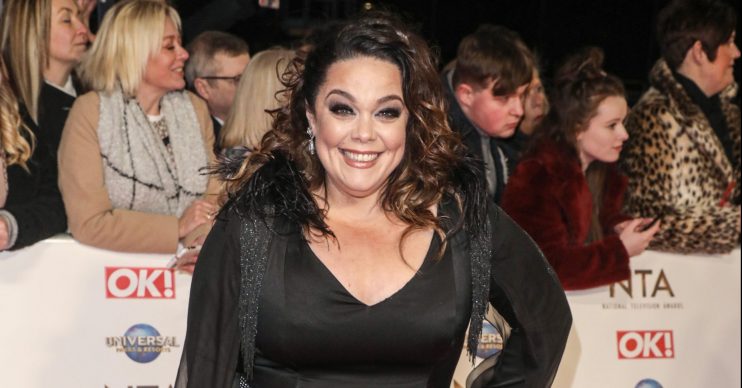 Lisa returned to Emmerdale last year after 18 years away

Emmerdale actress Lisa Riley has revealed she is planning a special tribute to her 104-year-old Uncle Burt, who died of coronavirus.

During her appearance she opened up about the loss of her uncle, who died from the virus.

She said: “My beautiful Uncle Burt, he was 104. He had a bad fall at home, went into hospital and yes, unfortunately he is one of the statistics. But what a life to celebrate.”

Lisa also explained that she had been speaking to her aunt about how they could honour Burt’s life.

She added: “It’s horrible, we can’t go to the funeral. But I was on the phone to my auntie Eleanor and I said ‘what was one of Uncle Burt’s favourite things?’ It was his family BBQ’s.

“So when all of this is over we hope to get together, have a BBQ and play all his Frank Sinatra favourites and sing like Uncle Burt would have done.

Whilst on the show, Lisa, who plays Mandy Dingle in Emmerdale, also assured there’s plenty to look forward to on the soap, despite having the number of weekly episodes cut.

What Emmerdale storylines will Mandy be involved in?

This week, Mandy gets a shock when Vinny’s dad, Paul, comes to the village looking for his son.

Despite Mandy telling Paul that Vinny moved away, he soon learns Mandy’s lying.

Next week, Mandy opens up to Lydia about her past with Paul, terrified that he’ll come back soon and get Vinny to leave the village with him.

But whilst she’s panicking about losing her son, she has no idea Paul is starting to befriend Vinny.

The father and son soon find themselves working together, but while Paul knows Vinny is his son, Vinny has no idea his new pal is actually his dad.

What is Paul’s plan? Will Vinny eventually discover the truth?