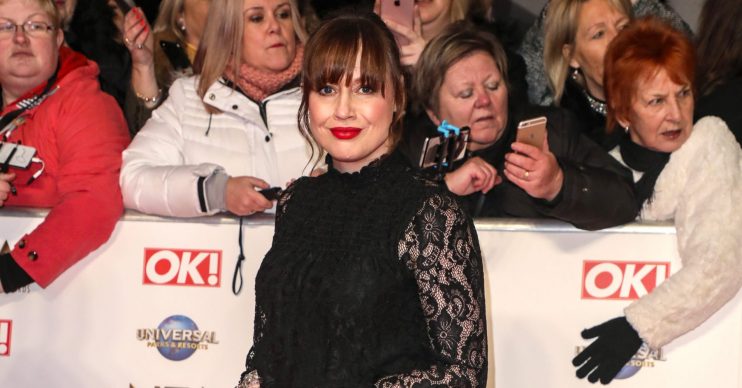 Emmerdale actress Karen Blick paid less than £2,000 for her wedding after bagging a deal on Groupon.

Karen’s character, Lydia Hart, will marry Sam Dingle on tonight’s episode (Wednesday, April 15), and the 45-year-old star admitted there was a “Dingle element” to her own nuptials after she visited the discount site.

She said: “We had a Dingle element to ours. We had been together for years and so we didn’t want to spend much.”

Karen and her husband Simon put on a three-course meal for 100 wedding guests followed by an evening do in 2011.

Earlier this year, Sam and Lydia won a contest where the prize was having their wedding paid for.

And in this week’s Emmerdale, Lydia will down beer from a welly after she marries Sam.

She added to The Sun newspaper’s Bizarre TV column: “It was fun. We practised first and then we did the take for real.

“It is filled with non-alcoholic beer.”

Karen recently admitted she is grateful to her husband Simon for encouraging her to pursue her acting dream, after she considered giving it all up before landing a part on Emmerdale.

She said: “We’ve had conversations over the years where I’ve said, ‘OK, maybe I’ll give this up.’

“And he’s always said, ‘Give it another year, stick at it.’ When we got to go to the soap awards together we clinked some champagne glasses and said, ‘Can you believe this?’ ”

Karen admitted she considered axing her acting dreams on a number of occasions.

She told The Sunday Mirror: “There were many times I’d considered giving it up. I even trained as a teacher and did a PGCE in 2008.

“I’d been a jobbing actress for 23 years and had landed some decent roles, but it was hard.

“When Emmerdale came along, I was lecturing undergraduate acting students at my old college in Halifax.”

Did you get a good deal on your wedding? Leave us a comment on our Facebook page @EntertainmentDailyFix and let us know what you think!