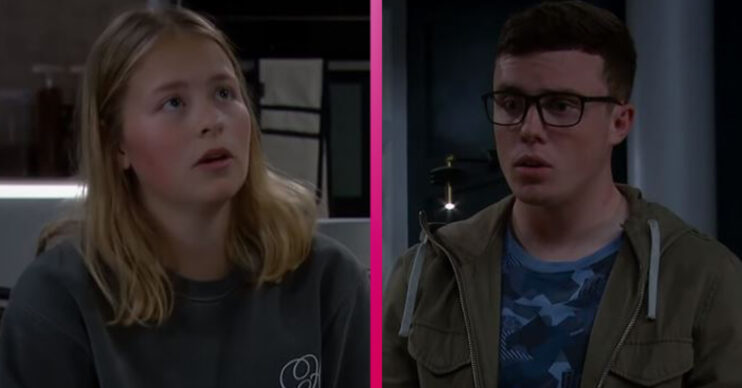 She can't help but gush all about her co-star

The Liv Flaherty actress became dogged by claims they were secretly dating after it was revealed they have enjoyed a string of holidays together.

However, Isobel recently insisted they are just good friends.

Now Isobel has given a new interview in which she gushed over their friendship.

Read more: Charley Webb jokes she can’t wait for her kids to go back to school in hilarious video

“We get on really well and he’s really great to work with. I find that we both bring good sides out of each other. We bounce off each other.”

Meanwhile, on-screen, the pair’s characters have given their relationship another go.

However Liv discovered that Vinny was being physically abused by his dad Paul, who had a gambling addiction.

When Liv confronted Paul he began attacking her, but just moments later he was killed when Jimmy crashed his truck into the barn.

Liv tried to help Paul escape but when she couldn’t free him, she had to leave him behind. Seconds later the barn exploded.

Ever since Paul’s death, Liv has struggled with her guilt and began drinking again.

Liv and Vinny split up as she struggled with her addiction.

Recently she ended up in hospital after nearly choking on her sick whilst drunk.

After realising she could have died, Liv decided to get help for her drinking.

Later Vinny paid her a visit and the two decided to give their relationship another go.

But will they manage to make it work?