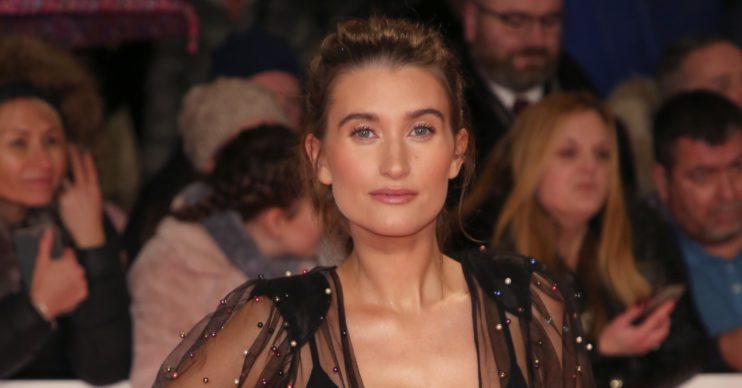 Emmerdale actress Charley Webb has shared a childhood photo of herself and her brother, Jamie Lomas, in a birthday tribute.

Charley, 32, posted the picture of herself and Jamie when she was a little girl.

In the picture, big brother Jamie has his arm around his sibling.

She captioned the post: “It’s my big brother’s birthday today. The most ridiculously overprotective big brother there is. Literally drives me mad every day but I do love him @jamielomas21.”

In a second picture, Jamie could be seen walking Charley down the aisle at her wedding to Matthew Wolfenden.

Jamie, who celebrated his 45th birthday, responded to Charley’s post commenting: “Omg I miss you all so much x” and “Love you babe x always x.”

Anthony Quinlan, who worked on Emmerdale with Charley and Hollyoaks with Jamie commented three love hearts.

A second commented: “How cute are you guys?”

Jamie and Charley appear to be very close. In the comments when asked if he gave her away at her wedding, Charley responded saying: “He did.”

As well as Jamie and Charley being soap stars, Charley’s husband Matthew is also in Emmerdale and plays David Metcalfe.

Jamie’s daughter Polly is the daughter of his ex-wife and former Coronation Street star Kym Marsh.

Currently Charley, who plays Debbie Dingle in Emmerdale, is on maternity leave after giving birth to her third son Ace last year.

But currently no soap actors are working as UK soaps have suspended production due to the coronavirus pandemic.

Jamie on working with Charley

He told The Sun’s TV Mag: “Yeah, I would love to work with Charley. She’s such a great actress. There was nearly a point in Emmerdale where something nearly happened, but it never ended up coming off.”

“But it is something that I would definitely like to do in the future. I obviously had Sammy Winward, who is a good friend of ours, in my film as well.

“Producing is definitely something that I want to do so if I get something in the future I’ll definitely work with Charley.”

As well as starring in Hollyoaks, Jamie has also played Jake Stone in EastEnders on and off from 2013 until 2015.