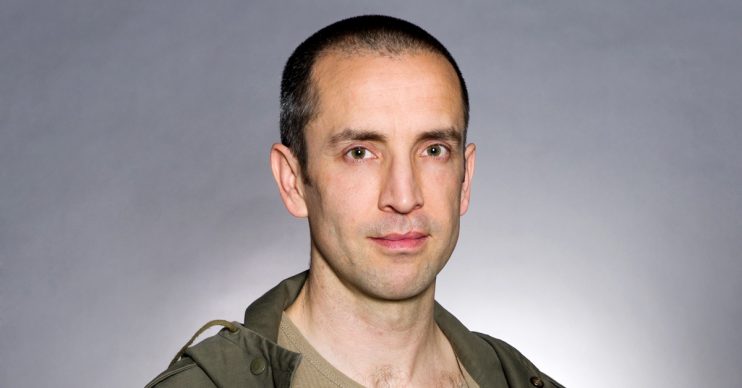 James wrote a line for the wedding scene, but it didn't go to plan

Emmerdale actor James Hooton, who plays Sam Dingle, has revealed he struggled to remember a specific line during Sam and Lydia’s wedding scenes.

This week, Sam and Lydia will finally tie the knot. However James admitted filming the Emmerdale wedding didn’t always go to plan.

Speaking to ED! at a recent press day, James and Lydia actress, Karen Blick, were asked if anything had gone wrong during filming.

James admitted: “Yes in fact. I’ll come clean with you. I decided to change a line in the ceremony. So Mark Charnock’s character Marlon pipes up and says something to Sam.

“And he turns round and says something, berates him for the amount of times he’s been married. And I changed it because I thought I could make it slightly funnier.

“And could I remember the line I’d actually rewritten? I could not get it! Took about 20 takes to get out a simple line about ‘you’ve been married more times than Elizabeth Taylor’ sort of thing. And it probably wasn’t any funnier than the original line anyway.”

Karen added: “It was funny watching your eyes go wide and ‘I’ve forgotten it’.

James continued: “Every time I had to turn around and know I’ve got no clue what the line is – and I’ve written it!

“So yeah, I’ll leave the writing to the writers. They know what they’re doing.”

In last night’s episode (Wednesday, April 15) Lydia finally made it back to Wishing Well Cottage after a messy hen do.

Lydia walked down the aisle towards Sam and it looked like the wedding would go to plan.

As Dingle tradition, Lydia and Mandy’s son Vinny will drink from The Welly, officially becoming Dingles.