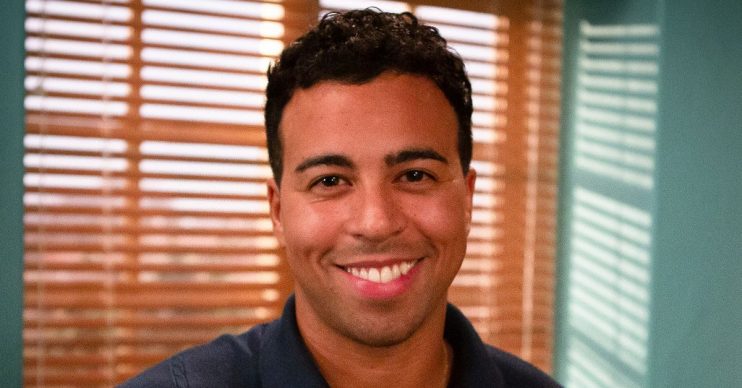 Emmerdale fans are unimpressed with how Ellis Chapman has been used recently after his major recasting.

They have accused the soap’s bosses of wasting the talents of acting Aaron Anthony by not giving him any storylines.

The original Ellis was played by actor Asan N’Jie but he was fired after he made threats to kill Hollyoaks star Jamie Lomas.

Delicious star Aaron was brought in to replace him with fans assuming there must have been a major storyline in the works for Ellis.

However after being dumped by cheating girlfriend Belle Dingle and showing his disappointment about his dad Al’s murder for hire scheme, Ellis hasn’t really been shown – and fans are furious.

Writing on Digital Spy, one said: “The character has become totally pointless, there is no chemistry at all between the new head and Belle, its a shame but why Asan N’Jie had to act like a total out of control fool after a couple of shandies and ruin his future is beyond me.

“Ellis should have been left in Dubai and not recast.”

A second said: “Maybe if the new actor gets a proper story instead of moping around after Belle or arguing with his dad he will be better.

“Since the character returned he hasn’t really had much to do. Billy’s character is developing better and I didn’t like him to begin with.”

A third said: “I’d like him to be given a chance before writing off the character. Both him and Billy deserve better storylines than their current ones.”

What is Asan up to now?

The show, which is filmed in Northern Ireland, will star James Nesbitt.

It comes from the creator of Line of Duty and Bodyguard.

Read more: Emmerdale shock as Malone reveals he left his wife for Harriet

Nesbitt will play a Police detective called Tom Brannick who has to re-investigate an infamous cold case involving a legendary assassin.

The news comes months after Asan promised his fans he will be making a comeback after his infamous firing.

Do you think Ellis is being wasted? Leave us a comment on our Facebook page @EntertainmentDailyFix and let us know what you think!