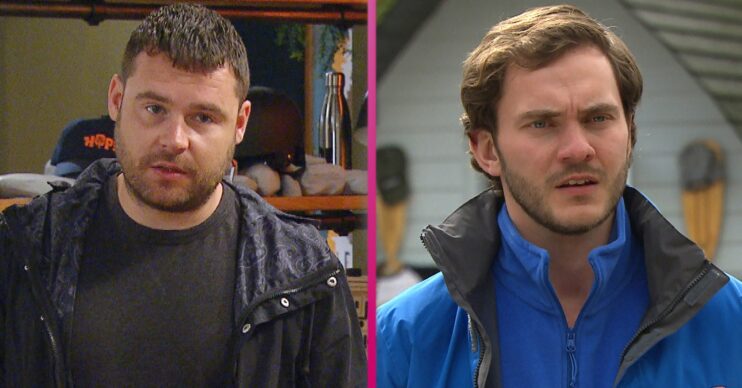 Is Aaron in danger?

Emmerdale fans are worried that Aaron could be in danger from his new boyfriend Ben.

Ben arrived in the village last year and he immediately caught Aaron’s eye.

However it became clear that there was history between the two.

Ben reminded Aaron that he was the boy he use to bully in school for being gay.

However Ben eventually forgave Aaron and it became clear that the two are attracted to each other.

Over the last few weeks the two have grown closer and have spent more time together with Ben supporting Aaron with Liv, who is struggling with alcohol addiction.

In this week’s episodes Ben and Aaron went to the village pride event.

In the pub, Aaron was irritated when a drunk man ended up bumping into him and tried to start an argument.

However Liv was left confused when she later saw Ben putting the same man in a taxi and it appeared like they knew each other.

Liv confronted Ben in front of Aaron, but he claimed it was another man he was putting in the taxi.

In last night’s scenes (Thursday, July 1) things started to get flirty between Aaron and Ben when Ben received a strange phone call.

He told Aaron that it was his flatmate and there appeared to be a problem with one of their drains.

Aaron offered to come over and help, but Ben refused.

However fans are started to worry that Ben’s odd behaviour could be him plotting revenge on Aaron for bullying him in school.

Hmm I'm not sure what to make of Ben. There's something underlying going on with him. The fact they brought Aaron's bullying past & had Ben brush over it is suspicious to me. Plus his lying & driving a wedge between Aaron and Liv. I'm thinking this could a revenge SL #emmerdale

What’s next for Aaron and Ben?

In next week’s scenes Ben is desperately trying to cover some unwanted calls and texts.

He is on edge around Aaron. What is going on?

If you want to watch this week’s episodes, they’re available to watch on ITV Hub.