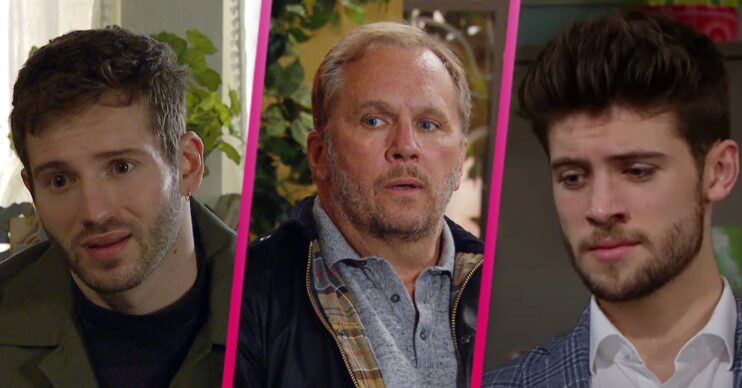 Emmerdale: 5 theories about who is hiding in the bushes from Will Taylor to Joe Tate

Emmerdale character Gabby was being watched by a mystery person in last night’s episode (Tuesday, November 2), but who could it be?

In the scenes, Gabby spoke to Charles in the village when out for a walk with her newborn son, Thomas. However they were being watched from the bushes.

As Charles went back in the church, it became clear Gabby felt like she wasn’t on her own.

She turned to look the bushes but no one was there. However viewers saw a blurred figure walking away.

Who could it be? Here are five theories as to who could be watching Gabby.

Will is Kim’s on/off lover who works as the Estate Manager at Home Farm fled the village a few weeks ago after confessing to Kim that DI Malone’s body is buried on Home Farm.

However it has been revealed that Will is going to return to the village this week. Could he be the one in the bushes?

The mystery man at the end , walked a lot like Will , maybe he's working undercover for Kim ? #emmerdale

Another theory is that Jamie could be the one watching Gabby, who just have birth to his son, Thomas.

Jamie is currently missing presumed dead after crashing his car into a lake. As his body was never recovered, his mum, Kim, believes he could still be alive.

After the crash, fans came up with theories about what happened to him.

Jamie was definitely hiding in those bushes #Emmerdale

Jamie hidding in the bushes #Emmerdale

Jamie in the bushes #Emmerdale

Joe Tate fled the village in 2018 to get away from Kim, who wanted him dead.

For months viewers didn’t know if Joe was dead or alive, however it was revealed that he is alive.

Fans think that Joe is alive and could be watching the village to get revenge on Kim.

It's Joe Tate spying on Gabby not Jamie #emmerdale

It would be boring if it was Jamie. I’m hoping it’s a shock. Joe? Maybe he’s in hiding with Jamie #emmerdale

It was recently revealed DS Rogers is investigating what happened on the survival challenge.

Viewers know that Meena murdered Andrea and left her body in the burning maze.

Police know Andrea was murdered, but not who killed her.

Last week, Kim was arrested on suspicion of Andrea’s murder, but was released as they didn’t have solid evidence.

Is there a chance DS Rogers could be watching Gabby and Kim to try and see if they can find out who murdered Andrea?

One fan has also come up with the theory that it could be Andrea.

Andrea was killed by Meena in the maze, but fans have predicted that she is still alive and under police protection.

Could Andrea still be alive and watching Gabby?

So what do you think? Leave us a comment on our Facebook page @EntertainmentDailyFix and let us know what you think!