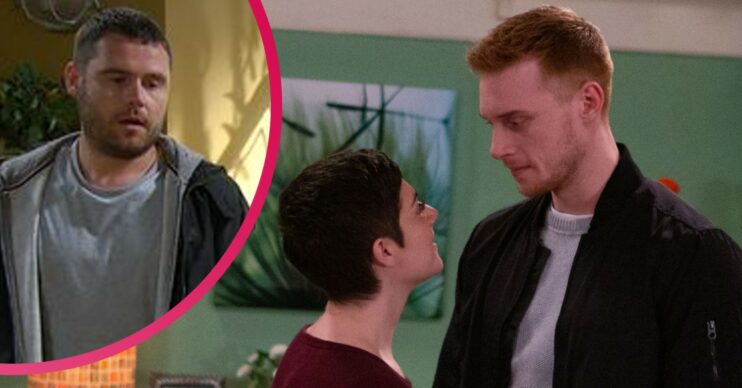 Emmerdale: 5 ridiculous soap couples that made no sense

The village seems to bring together the most ridiculous of couplings

Emmerdale seems to be obsessed with weird couplings.

With Nate and Chloe – huh? – looking like the new most ridiculous couple in the village, it got us to thinking about all the others.

And there are a lot so here are the five most ridiculous Emmerdale couples.

Other than Moira – and Harriet – Cain Dingle has been one long disaster of a relationship participant.

If he’s not grooming underage girls in twisted revenge schemes, then he’s sleeping with his own cousin.

And if he’s not too busy being that vile, he’s bedding a 16 year-old Amy Wyatt and trying to force her into an abortion.

What do you do when you have two of the most loathsome characters in Emmerdale history with nothing to do?

You put them together and hope viewers don’t switch off in their droves.

That seems to be what happened with killer Kerry and awful Al.

It’s just too much.

It’s as if Emmerdale bosses decided to find their two most pointless characters and shove them together despite all logic.

Priya was essentially Ellis’ stepmother through her relationship with Al.

And Ellis was a dull personal trainer who was trapped in underdeveloped character hell for years.

To prove how ridiculous this couple is you only have to look at their break-up – which came after she was burned alive.

On the one hand you have the terminally miserable, perpetually crying and violent Aaron.

And on the other hand you have a canoe instructor he bullied in school going by the name of Ben.

They had nothing in common, except the ridiculous storyline, and about as much chemistry as Eric Pollard has with Sam Dingle.

Thankfully Ben was murdered so we didn’t have to suffer through it for long.

Of all the ridiculous couplings Emmerdale has thrown at us – Luke and Victoria were the most ridiculous.

If it wasn’t bad enough making Victoria fall in love with her rapist’s brother – after she was stalked by his mother, bosses had a different plan.

Having fallen for Luke – she then discovered he was secretly gay.

Oh and also he was the one responsible for her rapist Lee’s death – not her brother Robert who is serving a life sentence in prison for the crime.

It’s a wonder they didn’t work out, isn’t it?