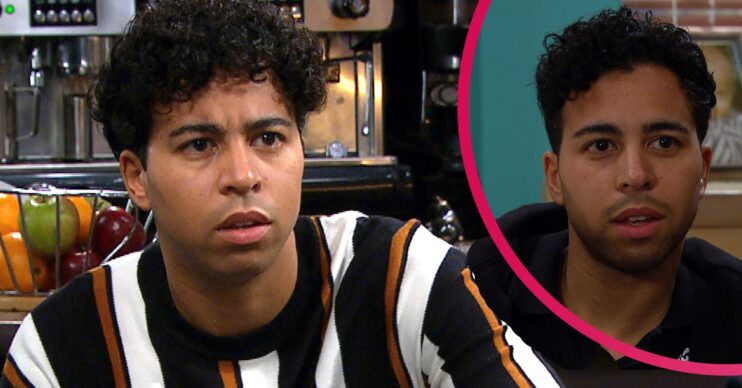 Ellis Chapman in Emmerdale: Who is he? Why was the role recast?

Ellis Chapman in Emmerdale arrived as a love interest for Victoria Sugden, but it was soon revealed that his mum, Jessie Grant, was dating Marlon Dingle and Ellis stayed in the village.

With Ellis and his mum in Emmerdale, they were soon joined by his half-brother Billy Fletcher and his dad Al Chapman.

But though Ellis had his share of drama on-screen, there’s been a lot of drama off-screen, too.

Who plays Ellis Chapman in Emmerdale?

Ellis Chapman in Emmerdale is played by actor Aaron Anthony. Aaron had roles in many television shows including Doctors, Holby City and Midsomer Murders before he took over the part of Ellis.

Read more: Emmerdale: Opinion – Liv Flaherty has been changed too much and the character is ruined

He took over the role at the end of 2019, when Asan N’Jie, who’d played Ellis since his arrival was sacked from the soap for “unacceptable behaviour”.

The actor ran into trouble after he got involved in a confrontation with Hollyoaks actor Jamie Lomas.

And he was immediately dismissed from his job on Emmerdale.

After a short break when Ellis was off-screen the role was recast with Aaron Anthony taking on the part.

Fans weren’t convinced by the change at first, especially as they thought Aaron looked ‘ten years older’ than baby-faced Asan.

But Aaron’s now a regular on our screens and has made the role of Ellis his own.

Meanwhile Asan has continued his acting career and was most recently seen in thriller Bloodlands.

And Aaron was spotted by fans playing Ian in the talked-about Netflix thriller Behind Her Eyes.

What’s next for Ellis?

Earlier this year, Ellis Chapman in Emmerdale was involved in a love triangle with his dad Al, and Priya Kotecha. But since then, he’s been pretty quiet.

But in our experience, no one ever has a quiet life in Emmerdale, so we reckon things will be hotting up for Ellis very soon!