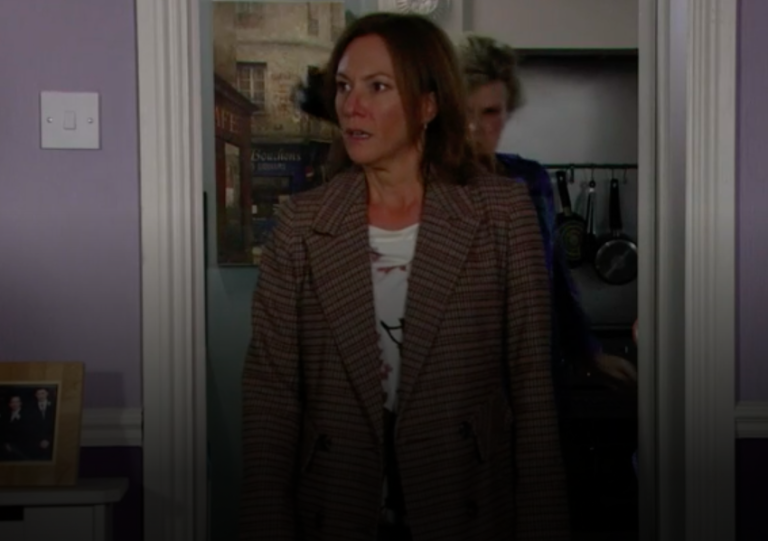 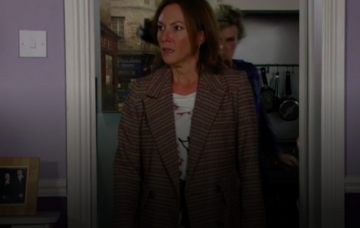 She was told she couldn't have kids

Writing on Entertainment Daily’s Facebook page, there were many cries of “pregnant”, while one said: “I bet she’s pregnant and she won’t know if it’s Jack’s baby or Max’s.”

“She’s definitely pregnant with one Branning’s baby, this is so predictable!!!! Probably Jack’s baby, he seems to be good at spreading his seeds about,” added another.

A third chimed in: “Pregnant which brother is the dad duff duff ending!!!!”

“I’m thinking the same as you all she’s pregnant but who’s the daddy?” said someone else.

But one reader wasn’t impressed with the theory, quite rightly stating: “If pregnant, then writers need to go back to school, the past storylines with her deep drug addiction, would mean her body cannot handle pregnancy.”

In fact, Rainie was so keen for custody of her niece, Abi, because she found out she couldn’t have children of her own.

However, it wouldn’t be the first time a soap has reversed a character’s diagnosis of infertility: Sharon Mitchell was told she’d never have kids, but ended up having Denny, and over in Corrie, Leanne Battersby was told she couldn’t carry a baby, only to get knocked up by Steve McDonald and have baby Oliver.

The speculation about Rainie comes as she collapses in the coming weeks, with no one knowing what is wrong with her.

Believe it or not, it is baby Abi’s first birthday soon (now that was a quick year!) and Max is desperate to give his granddaughter the party to end all parties.

But when Max is called in to work at the last minute, he asks brother Jack to watch Abi, and not Rainie. Leaving the step-mum/auntie heartbroken.

Wanting to help out, Rainie takes charge of collecting the birthday cake, but when she suffers a dizzy spell and drops it, it just makes her more determined than ever to make amends and prove to Max that she can be a good mum to Abi.

Taking on much more than she can chew, Rainie throws herself into the party planning. But when she ends up collapsing, it looks like there might be more to her earlier dizzy spell than meets the eye.

Max is later shocked when he comes home to find Rainie out cold on the floor. He has no idea what has caused her collapse or how long she has been there – but things definitely don’t look good for his wife.

Thankfully Rainie comes round and seems fine, but she’s more desperate than ever to get Max on side and teams up with Jack to help sort Abi’s birthday party.

When the bash begins, Max sees Rainie still isn’t well and is unsteady on her feet. But instead of being sympathetic, he instead shares some harsh words with her… clearly not the worried husband that he should be.

But it isn’t long before Rainie gives Max yet more reason to be angry when she storms out after their argument, accidentally leaving the front door ajar.

Leaving your door open in Walford is never going to end well, and it isn’t long before someone from drug dealer Evie’s gang has got in and helped themselves to all sorts.

Despite Jack trying to talk his brother around, Max won’t give Rainie the benefit of the doubt and continues to shut her out of Abi’s life.

It’s only when he sees the birthday present that Rainie has got for Abi  – a photo album full of pictures of her mum – that he softens and realises that he has been too quick to judge.

Eventually Max agrees to let Rainie help out with the baby, but with Rainie still having these dizzy spells, could there be someone seriously wrong that she is desperately trying to sweep under the carpet?

Or is she indeed carrying the next Branning baby?

Do you think Rainie’s pregnant? Leave us a comment on our Facebook page @EntertainmentDailyFix and let us know what you think!