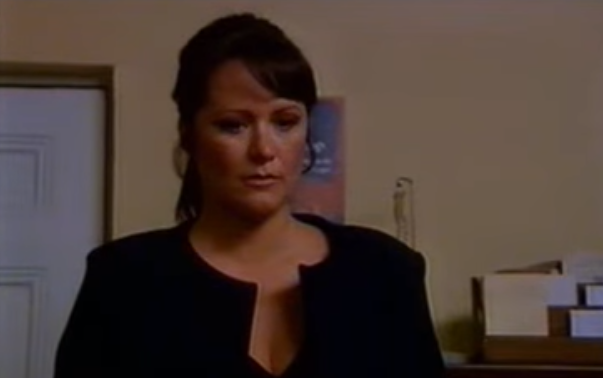 Amy is best known for playing Dr Jill Weatherill in ITV drama The Royal between 2003 and 2011.

It’s not known who Amy will play, but it’s believed her time on the Square will be short as she’s only staying for a guest stint.

A show source told The Sun: “Bosses are keeping tight-lipped about how she’ll feature but regardless of what role she plays, she is sure to impress.”

Amy was a popular cast member on The Royal, the Heartbeat spin-off that ran for eight years.

It was set in a hospital and began life by treating the characters who were in police drama Heartbeat before earning its own series.

And Amy is no stranger to Soapland, having had a recurring role in Casualty as Police Sergeant Rachel James.

Lynette was revealed to be Scott’s adoptive mother after his dad had an affair. Lynette left Hollyoaks once Scott decided to find his real mum.

Amy comes from quite the famous family.

She is the younger sister of Phoenix Nights star Ted Robbins, and comedy impressionist and actress Kate Robbins.

Amy is also the aunt of I’m A Celebrity… 2018 runner up Emily Atack.

EastEnders is on Monday and Friday at 8pm and Tuesday and Thursday at 8pm on BBC One.

Are you looking forward to seeing Amy in EastEnders? Leave us a comment on our Facebook page @EntertainmentDailyFix and let us know what you think!