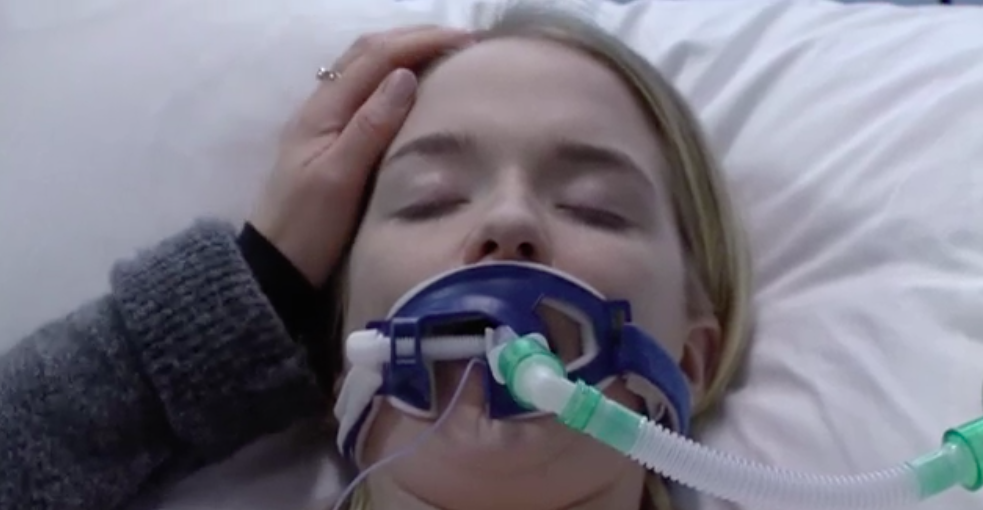 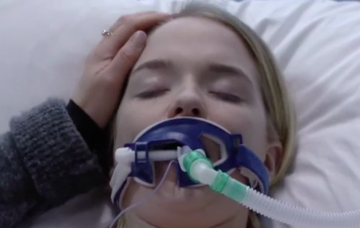 Former EastEnders star Lorna Fitzgerald has teased that there’s still more to come for her character, Abi Branning, despite the fan favourite being killed off last week.

Abi’s life support machine was switched of during Friday night’s episode. She’d been in hospital since falling from the roof of the Vic on Christmas Day.

Fans praised the BBC One soap and its stars for the heart-wrenching scenes as Abi’s family gathered to say their final goodbyes.

But while her fans and co-stars flocked to Twitter to praise Lorna, the actress hinted that there might be more to come for Abi as her family struggle to come to terms with her tragic death.

Lorna’s former co-star Aaron Sidwell who played psychotic Steven Beale tweeted: “Welcome to the deceased club pal,” referring to the fact his character was killed off last year too.

Lorna joked back: “It’s not over until the coffin is in the ground!” followed by a series of laughing emojis.

Now if that doesn’t suggest more drama for Abi and the Brannings, then we don’t know what does.

The whole Branning clan, including Tanya (Jo Joyner) and Rainee (Tanya Franks) assembled at Abi’s bedside as the time came to turn the machine off.

While fans gushed about the episode on social media, Max Branning actor Jake Wood took time out to pay tribute to Lorna, who has played his onscreen daughter for 12 years.

He said: “As you know @LornaFitz0 I am so proud of all the incredible work you’ve done over the last 12 years and more importantly of the grounded and amazing young woman you’ve become in that time. It’s truly been an honour to watch you grow and flourish. Love ya x.”

Lorna, who has been in the soap since 2006, replied saying she “couldn’t have asked for a better on screen dad!”.

She added: “You truly have been an incredible role model, I’ve learnt so much from you”, jokingly adding a reference to the dramatic Christmas Day episode, writing: “You’re completely forgiven for the roof btw.”

Jacqueline Jossa, who has played Abi’s sister Lauren for eight years, is also bowing out of the show in the near future.

Lauren managed to survive the horror fall and fans are hoping she’ll get a happy ending by moving to Glasgow with her boyfriend Josh Hemmings.