Fellow soap stars and fans of axed EastEnders star Katie Jarvis have voiced their support for the actress who is now working as a security guard. 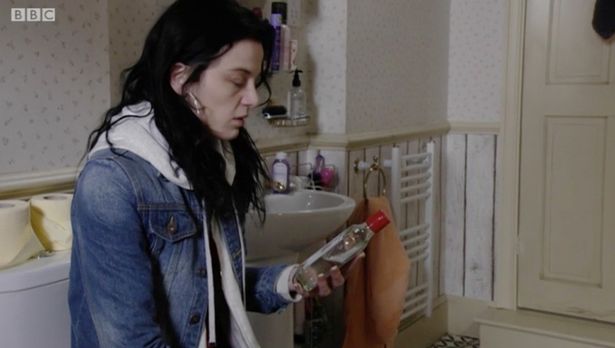 Hayley has revealed she has given up acting to get a real job (Credit: BBC)

Katie, who found fame in BAFTA winning film Fish Tank, was the major star of the soap's last Christmas storyline when she pushed baby daddy Alfie Moon down the stairs.

She told the Daily Star Sunday: "I've taken a step back from acting. I've got a job and I'm looking after my kids."

And after negative tabloid reports about the move, other stars from Soapland have come out in support of her.

It’s called Grafting! Or not being afraid of hard work... or loving your family enough to drop your dream for a bit to earn a living so the family can live life. And there is no shame in wanting to work hard to make sure your offspring are cared for. #noshame https://t.co/N3pPVseryd

Fans agreed with the stars' sentiments.

Commenting on ED!'s Facebook page, one wrote: "Good for her and good luck to her."

Another added: "Well done we've all got to do what we've got to do to work really hard and provide for our kids because they are our number one priority and the most important."

"Feeding her family whatever way she can, good for her," said a third.

If Katie Jarvis wasn’t working, the tabloids would be slating her as a Dagenham chav sponging off the state. Damned if you do, damned if you don’t.

Hayley was last seen at the start of the year where she decided she couldn't cope as a new mum and left Walford.

Cousin Kat is looking after her baby, Cherry, whose dad is Kat's estranged husband Alfie Moon.