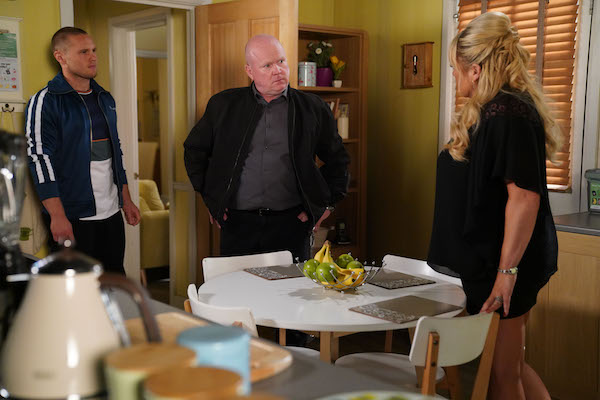 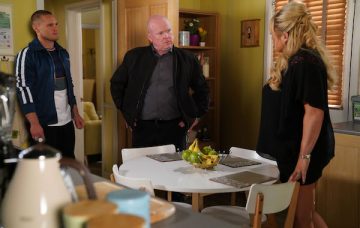 But who will she pick?

The moment has come for EastEnders’ Sharon to choose between Phil Mitchell and Keanu Taylor tonight as the war between the two men heats up.

Even after Phil outright asked him what was wrong with Dennis in last night’s visit to Walford, Keanu kept quiet.

But the mechanic soon regretted getting involved when an argument broke out between the trio and Keanu ended up getting sacked from The Arches thanks to his involvement with Denny and the gang drama.

Instead of a thank you for keeping Dennis safe when he was brutally targeted by the dangerous gang, Phil saw Keanu’s bravery as stepping on his toes and thought he should have been the one to protect the boy who is like a son to him.

In the end a fight broke out between Phil and Keanu, with Keanu on the receiving end of a brutal blow from the Mitchell hard man.

Tonight’s episode of EastEnders sees Sharon trying to defuse the situation, hiding the fact there is trouble between her and Phil from Dennis.

But when she goes to see Keanu to get the keys to The Arches from him, sparks fly between the pair, only for Karen’s sudden arrival home to ruin the moment.

But instead of heading home to Phil to try and fix her marriage, Sharon goes to The Vic to see best friend Linda instead.

She confesses that she has been flirting with a younger man, and although she fails to mention it is actually someone who lives on  Albert Square, it’s clear that Sharon is developing feelings for her knight in shining armour.

By the end of tonight’s EastEnders Keanu has found himself alone at the E20 thanks to being stood up for a boys night by Jay.

But instead of heading home, he asks Sharon to join him for a drink instead.

Will Sharon do the right thing and go home to her husband? Or will she choose a night with Keanu instead?

Whatever she decides will change her future for ever.

Do you think Sharon should be with Keanu or Phil? Leave us a comment on our Facebook page @EntertainmentDailyFix and let us know what you think!