Popular soap EastEnders has released the first trailer for its 35th anniversary later this month.

In the video, the Carters can be seen in The Queen Vic celebrating and having a drink, meanwhile Linda is collecting glasses from around the pub.

Soon an upset Whitney Dean walks into the pub and shares a look with Mick before walking off.

Also in the boozer are Gray and Chantelle who appear to be having a quiet drink together, however Gray doesn't look happy and Chantelle soon pulls her sleeve down. 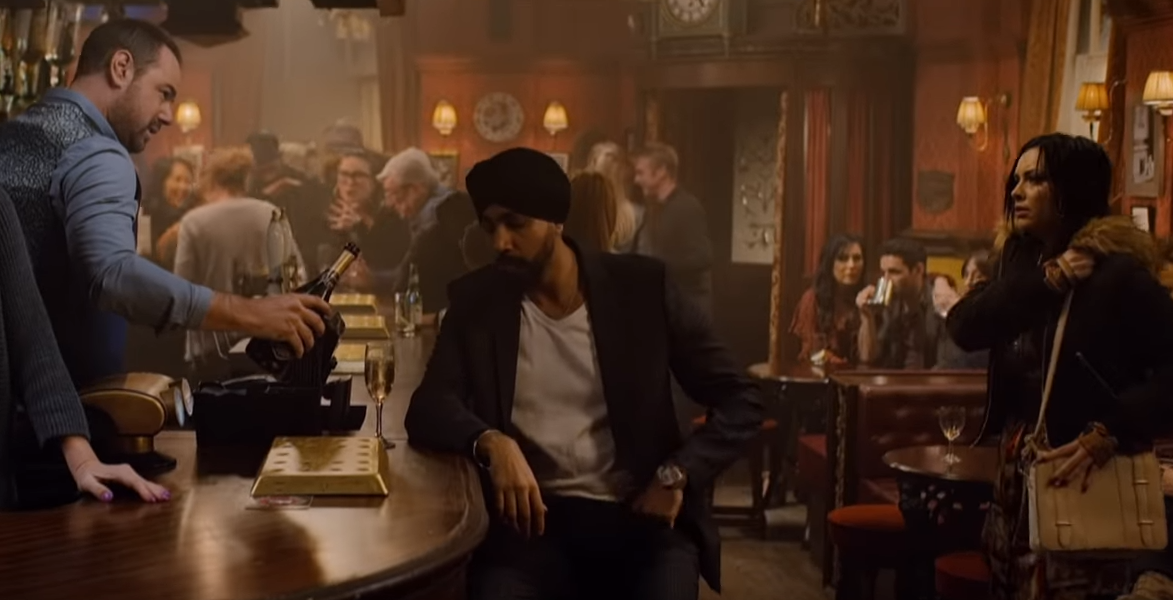 Meanwhile outside, Ben Mitchell and Martin Fowler begin having a scrap and soon Ben's boyfriend Callum is trying to break them up.

In the cafe, Sharon and Ian are having a drink whilst Bobby and Dennis, who are sat with Dotty Cotton, watch over them.

Soon a police siren is going off outside and Phil Mitchell walks into the cafe - confirming his return in time for the big episodes.

Whilst the trailer is playing, a voiceover can be heard saying: "Family means getting together and having a laugh, making sure everyone's all right because sometimes a smile isn't what it seems.

"Family means making mistakes and having regrets. It means keeping it together when you're falling apart.

"There are some family you choose - and some you don't. 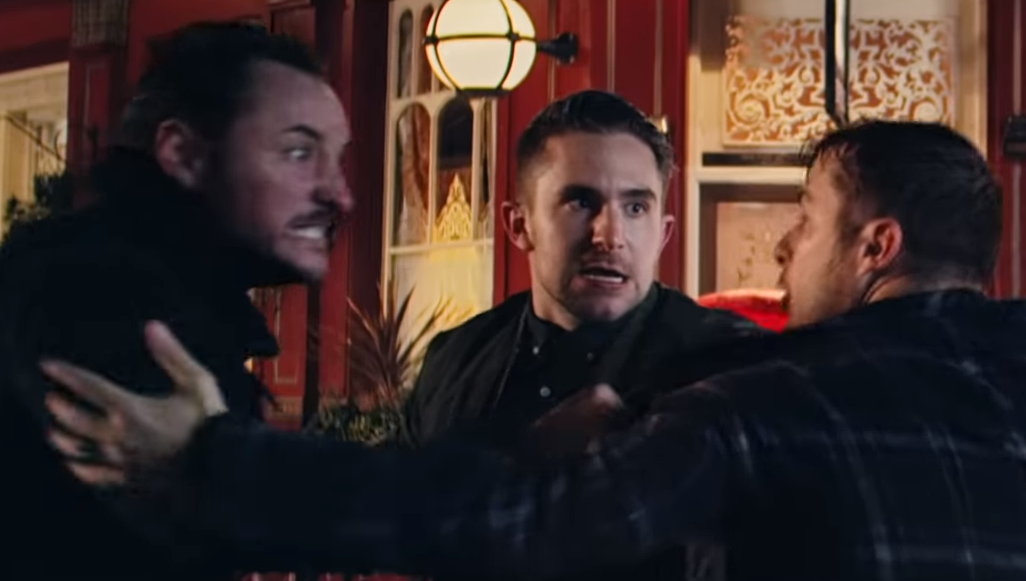 Callum tries to break up a fight between Martin and Ben (Credit: YouTube/BBC)

"Family means keeping safe and, when it all kicks off, you stand up for your own because family means being there, no matter what.

"Family means new arrivals and starting again, burying the past and living with the consequences. Because whatever life throws at you, family - family means everything."

It has already been revealed that Albert Square residents would be spending the 35th anniversary on a boat sailing down the River Thames to celebrate The Vic winning 'Best London Pub.'

However it seems like it won't be smooth sailing as a major character is reported to die. 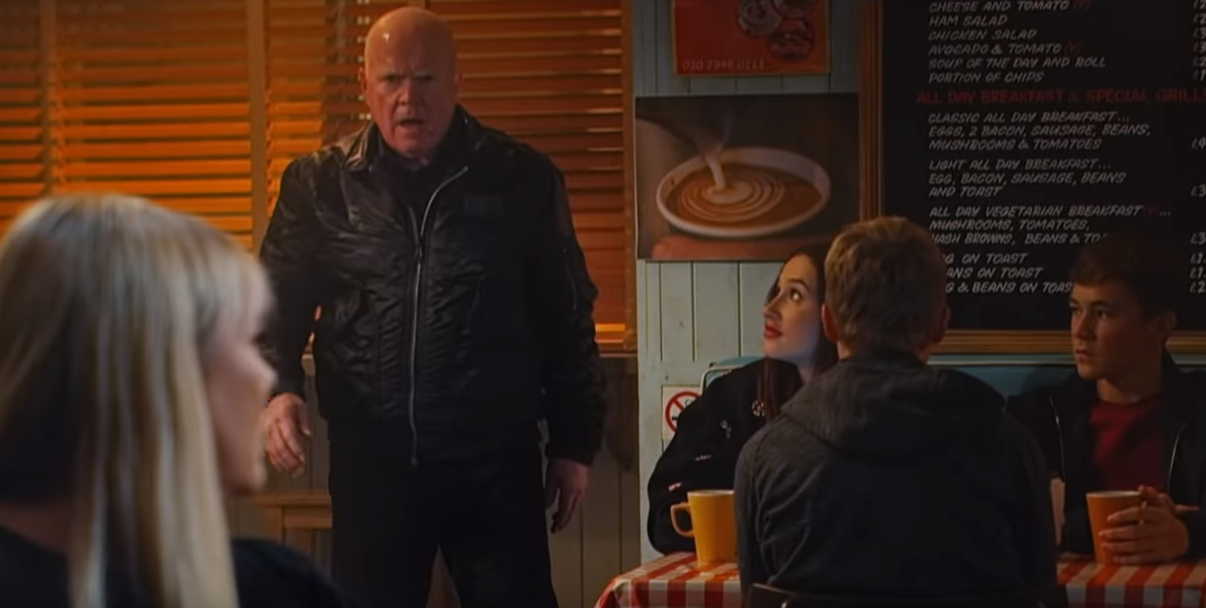 An insider told The Sun: "Where better for a major death than on the Thames itself, which is so central to the show?

"Trouble has been brewing in Walford for a while, and they decided it was the perfect occasion to see off a big name."

The source continued: "It's thought that, as part of the dramatic scenes, Sharon will give birth on the boat, but she is just one of many who could see themselves go overboard to an icy, watery death."

Are you looking forward to the soap's anniversary?