Viewers of EastEnders were shocked as the BBC soap recycled the iconic scene where Den Watts served his wife Angie divorce papers.

For weeks, Linda has been struggling with her alcohol addiction and it's caused a huge rift between her and husband Mick.

During Friday's episode (February 7 2020) Linda feared Mick and his mum Shirley were plotting against her, and her paranoia had her believing everyone was watching her.

Linda went to her best friend Sharon needing someone to talk to and Sharon soon gave a brief history on the previous owners of The Queen Vic. 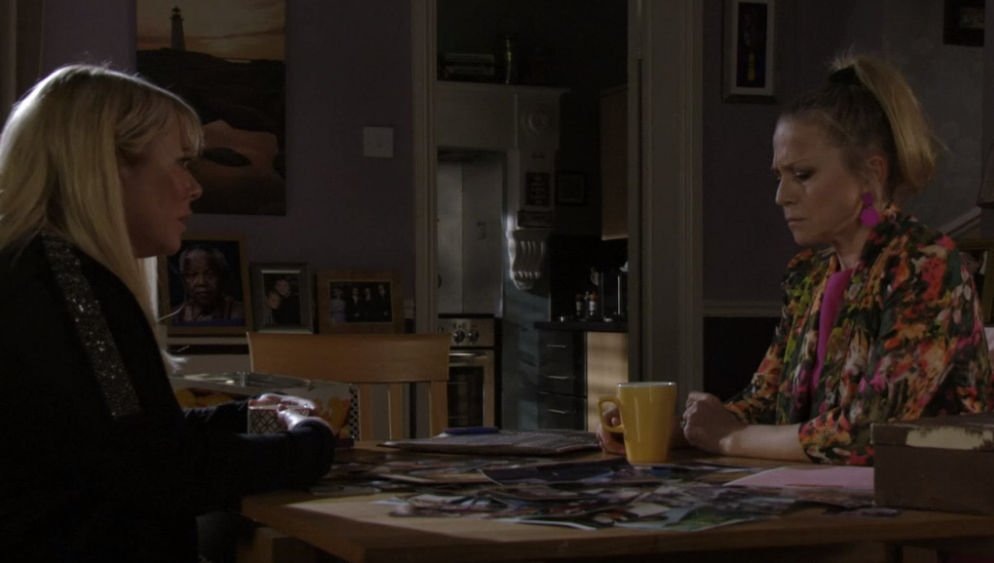 Sharon told Linda that every owner of The Vic has had marital problems (Credit: BBC iPlayer)

Speaking to Linda, Sharon said: "Do you really want to end up like my mum and dad? Him serving her divorce papers Christmas Day. And all because of the booze."

She then showed Linda a picture of Den and Angie in happier times.

Sharon pointed out every couple that has owned The Vic has had marital problems, including her own marriage to Grant Mitchell. 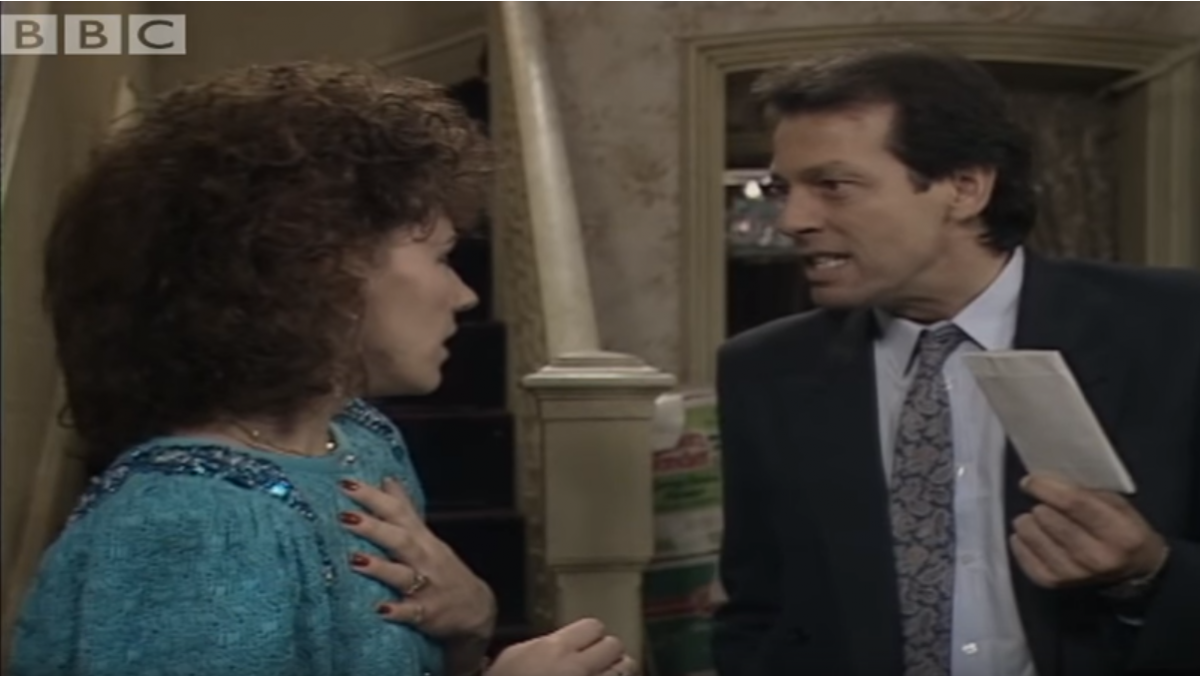 After some encouragement from her friend, Linda realised she wanted to make things right with her husband and Sharon gave her a photo of the pub's first ever landlords to give to Mick.

She's served Mick the divorce papers! And in the same spot as Den!

But when Linda returned to the pub, she was shocked to see Mick had an estate agent doing an evaluation.

Furious, Linda visited solicitor Gray and then went out boozing, but when she returned home drunk, she had a surprise of her own for Mick. 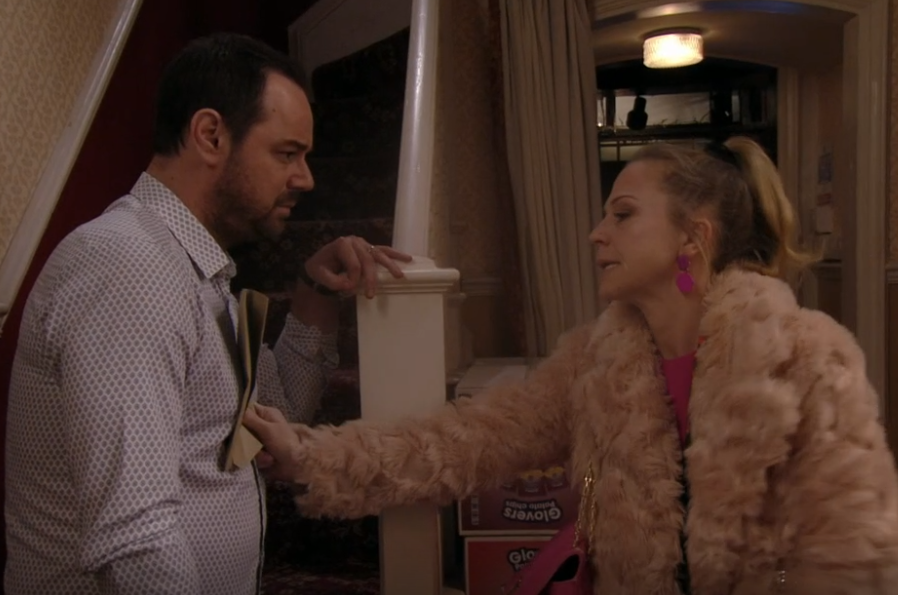 Viewers were shocked to see the soap use the iconic scene once again.

She’s served Mick the divorce papers! 😱 And in the same spot as Den! #EastEnders pic.twitter.com/QXC4aYeq66

When #EastEnders recycle a classic storyline - frame by frame - in the run up to #EE35! Mick Carter is no Den Watts though is he?🤔🤓 pic.twitter.com/Gt0u9ouQN1

SPOILER ALERT! Very clever of #eastenders re-creating the famous Den & Angie divorce scene in the vic with with Linda & Mick!

Love how that ending with Linda and Mick mirrored Dirty Den giving Angie the divorce papers after all them years. Same spot even. #Eastenders

Lord, the nostaglia from the soaps tonight! The Linda and Mick scene was such a throwback to Den and Angie #EastEnders

#Eastenders recreating one of THE most iconic scenes in Eastenders history between Den and Angie and now Linda and Mick ready for the 35th anniversary. Legendary.

Linda giving Mick divorce papers was very Den and Ange wasn't it?! If it'd been done next Friday she could have said "Appy Valentine's Mick" the same way Den said "Appy Xmas Ange" all those years ago #EastEnders @bbceastenders

Is this the end of Mick and Linda, or will they find a way to come back from this?