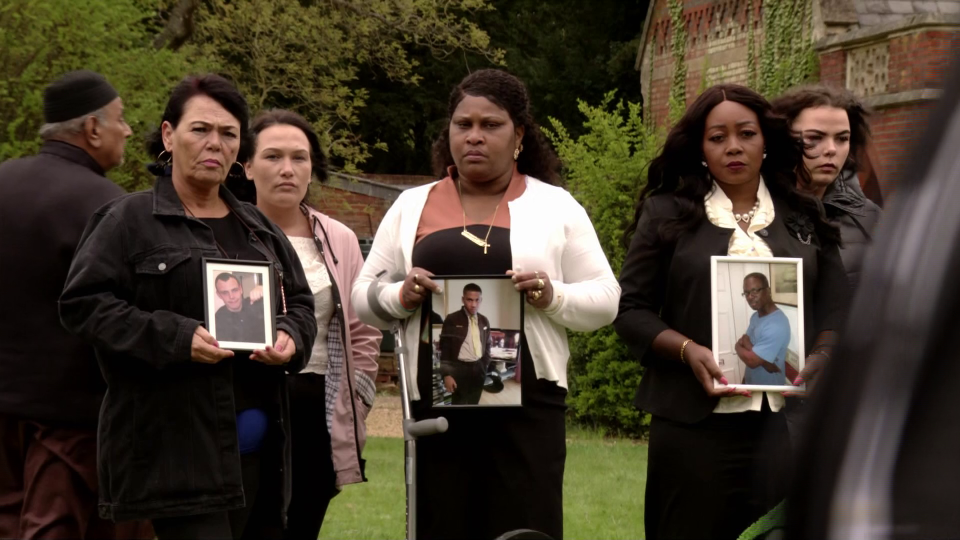 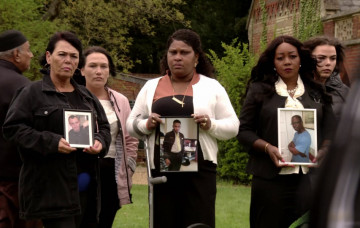 The soap featured the families of real life victims of knife crime in the episode that showed Shakil Kazemi’s funeral.

Teen Shakil was knifed to death in a gang attack back in May.

But with heartbroken parents of children murdered in the same way featuring in the episode, the soap broke new ground.

The final scene seeing parents holding up pictures of their children while Shakil was buried.

Fans were left in tears by the emotional scenes and took to social media to share their praise for the show.

One fan wrote: “So sad and emotional, couldn’t stop crying.

“Eastenders have done extremely well in this storyline… it felt so real and it is real for hundreds of family. May their souls RIP.”

The time for change is now. No more bloodshed. #EastEnders pic.twitter.com/92JkQxvV4h

A second said: “EastEnders was such an amazing episode tonight! Couldn’t stop crying!

“They did an amazing job showing the life’s effected by knife crime #Eastenders.”

Another added: “#Eastenders Never, ever seen anything so moving done in a soap. Crying my little eyes out.”

“Just caught up on last night’s #EastEnders and it brought me to tears,” wrote another.

“Especially bringing in real stories of people loosing loved ones to stabbings and including them in the funeral holding photographs.

“I couldn’t stop crying! Such a powerful episode.”

Thank you so much for all your beautiful words of support after tonight’s episode. I have read every one. Thank you for the love for our lost loved ones. From the bottom of my heart thank you @bbceastenders and your entire cast for your bravery and dedication to this storyline 💔

She wrote: “Thank you so much for all your beautiful words of support after tonight’s episode.

“I have read every one. Thank you for the love for our lost loved ones.

The show has been widely praised for raising awareness of knife crimes in London and showing the impact on the families left behind.