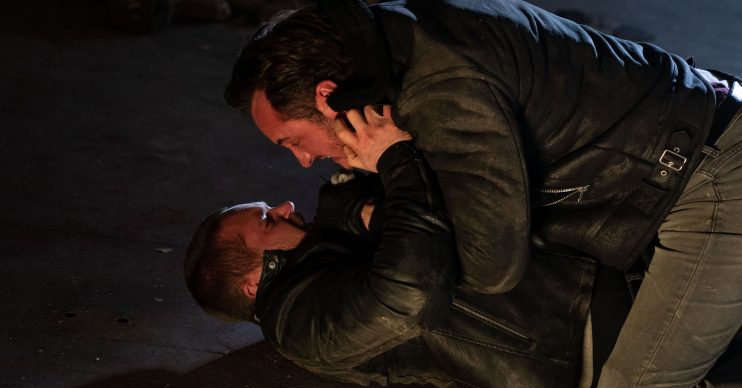 He wasn't giving up without a fight

With the events of Christmas Day still impacting Albert Square residents, viewers will revisit that day and no questions will be left unanswered.

Martin is given the task to get revenge on Keanu Taylor for the Mitchell family.

Viewers know Keanu is the father of Sharon Mitchell’s baby.

Sharon is also the stepmother of Louise Mitchell, Keanu’s ex-fiancé and the mother of his daughter Peggy.

When her husband Phil found out the truth, Ben promised to get revenge for his father and sister and hired Martin to kidnap Keanu.

When Keanu confessed he was the father of Sharon’s baby, Louise pretended they would run away together, when in reality she had set him up as part of the plan for Martin to take him.

Martin took the Arches mechanic to an abandoned building where viewers heard a gunshot.

He later showed Ben a video which appeared to show Keanu being shot, however viewers didn’t see who shot him or if he even died.

Towards the end of the episode, Martin told her to keep quiet about the events of Christmas Day.

What is Linda’s involvement?