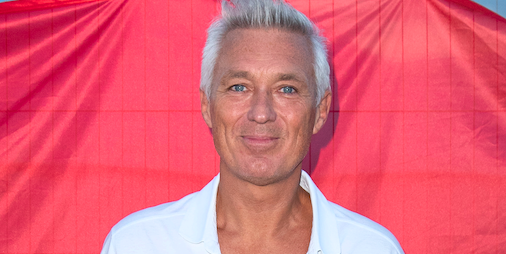 Martin Kemp has marked the end of the Owen family in EastEnders, after Mel’s dramatic death last night.

On Thursday night (November 14), soap fans were blown away when the character was hit by a lorry after Sharon pulled her from the wreckage of a car crash.

The pair had been involved in a high speed chase to get to the airport, where Mel planned to tell Phil Mitchell that his wife Sharon was pregnant with Keanu’s baby.

But in a shocking chain of events, Mel went straight into the back of another car, causing the car to flip over as a horrified Sharon looked on.

On Thursday night, Sharon desperately tried to get Mel out of the car after spotting it was on fire and about to explode.

While Sharon was trying to help, Mel kept ‘hearing’ her deceased son Hunter calling her name.

Once Sharon managed to pull Mel from the wreckage, the car exploded.

So the Owens come to an end…

Although it looked like everyone had survived, Mel told Sharon when she was in the car she could hear and see Hunter…

Sharon tried to convince the businesswoman that her mind was playing tricks on her, but Mel was adamant about Hunter being in the car and began walking back to the wreckage.

In horrifying scenes, a smiling Mel – convinced she was about to be reunited with her son – went straight into the path of an oncoming lorry.

A short while later, viewers saw Mel’s body being covered and Albert Square residents were informed that Mel had died.

As fans flocked to Twitter to applaud the bombshell ending, one viewer had more reason that most to be emotional!

Watching from home, actor Martin Kemp shared his thoughts about Mel’s death signalling the end of his onscreen family.

Martin, who played Mel’s husband Steve Owen from 1998 to 2002, tweeted: “So the Owens come to an end!!! Now just part of #EastEnders history, congrats to everyone on the show, taking ongoing drama back to its best!!!”

One fan replied to him, saying: “Really beautiful tribute to EastEnders Martin. Congratulations for being part of show history!”

Another added: “You and Mel were my favourites back in the day, gutted, end of an era.”

So the Owens come to an end!!! Now just part of #Eastenders history, congrats to everyone on the show, taking ongoing drama back to its best!!!
…. Steve Owen

Actress Tamzin Outhwaite, who played Mel, admitted she had been too emotional to watch the scenes.

She tweeted her fans, thanking them for their messages, saying: “Thank you all… Tonight thankfully I’m busy as I’m too emotional to address any @bbceastenders messages tonight…”