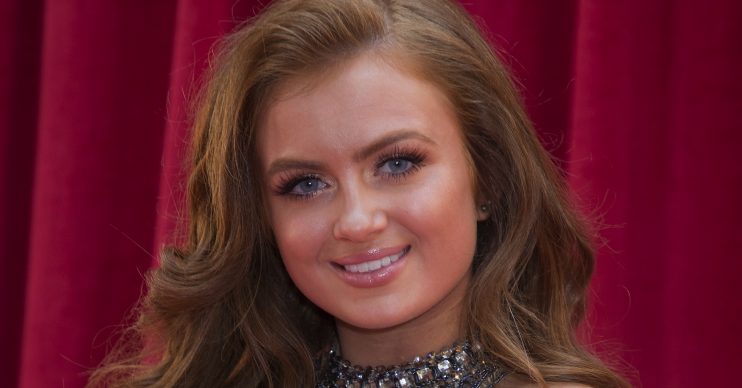 Working on a TV set week after week must take it out of you, so you can’t blame actors and actresses for wanting to take a well-earned break every now and again.

And that’s exactly what EastEnders star Maisie Smith has been doing. The actress, who plays Tiffany Butcher in the BBC soap, is living it up in Amsterdam at the moment.

The 18-year-old gave her 313,000 Instagram followers a glimpse of what she’s been up to in the Netherlands capital, sharing three pictures taken at the city’s Vegan Junk Food Bar.

Sipping a cocktail in a leopard-print outfit, she looks every bit the star, and her fans loved it.

Maisie, who joined EastEnders in 2011 aged just six, introduced her pics with the words: “Merry in dam.”

And she certainly seemed to be enjoying herself on her night out.

Sat in front of a wall plastered in graffiti, she can be seen sipping a tall drink that looks like a fruity cocktail.

In another photo, she smiles at the camera, her wavy brunette hair cascading down over her shoulders.

And it didn’t take long for Maisie’s fans to shower her with compliments.

One swooned: “Maisie you stunner – I love you.”

And a third told the actress: “You’re such an inspiring person xx You’re my favourite character out of EastEnders.”

Maisie is no stranger to dressing up for a night on the town.

A couple of weeks back, she shared a photo of herself wearing a figure-hugging pink outfit as she did her best John Travolta impression on a bubble-strewn dancefloor.

She captioned the shot: “Dunno how I managed to stand up long enough to take this pic.”

Maisie left EastEnders in 2014 but made a full-time return to the soap last year. She was nominated for Best Young Actor at the 2018 British Soap Awards.