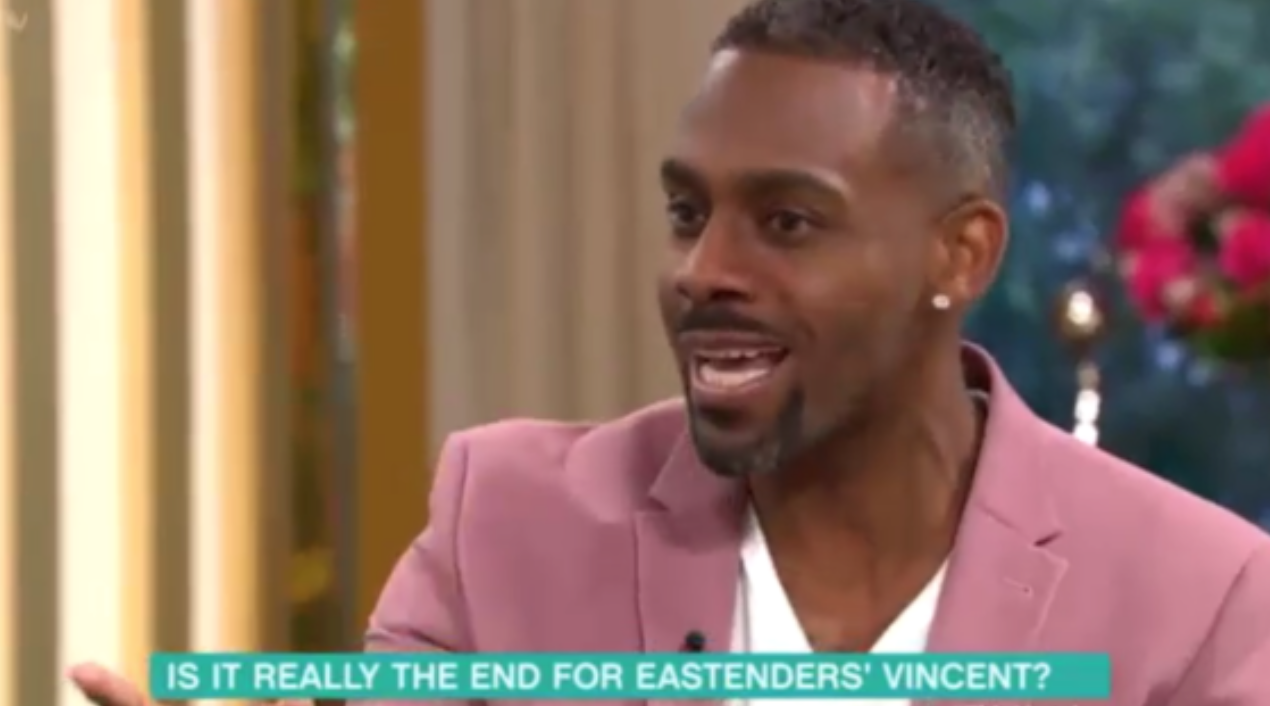 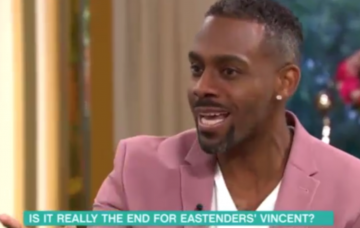 Richard Blackwood has hinted he could return to the Walford soap

Former EastEnders actor Richard Blackwood revealed that he would love to return to the show one day.

Talking to This Morning presenters Holly Willoughby and Phillip Schofield the actor admitted that his character’s exit from EastEnders was slightly confusing, as we still don’t know what actually happened to Vincent.

Viewers are in the dark about Vincent’s fate after he got into a car with a corrupt police officer who happened to be working for none other than Aidan Maguire.

While Aidan’s man might have been brandishing a gun, we don’t actually know if Vincent was shot to not, potentially leaving the door open for him to make a return to Walford one day.

Richard told Holly and Phil this morning: “We don’t know if he was shot. We don’t know. I think the door is slightly ajar, and if they asked me to come back in the future, of course I would.

“It was definitely good for me. I’m not going to be like some people who go, ‘No, I’ll never go back’ and then they’re unemployed and go, ‘Actually…’

“I’m going to miss everybody there. I’ll miss the show of course, but it’s a real family unit. We’re in the same boat, so to speak.

“There’s no egos there. There’s no-one bigger than the show. To be honest with you, everybody was cool with me, and I had no issues with anyone there.”

The actor also revealed that joining EastEnders back in 2015 couldn’t have come at a better time in his career. He has just finished his stint in Shrek: The Musical when his agent got the call from the show’s bosses.

But after three years of playing Vincent Hubbard, it seems it was the right time to call it a day…

“The exit was a mutual decision. For me, I was comfortable working at EastEnders. It’s such a good job that sometimes you forget that if you have another plan, you kind of put it to the backburner because it’s great here, and it takes a leap of faith to actually go, ‘No, it’s time to leave’.”

Richard went on to reveal he is appearing in a new play at Northern Stage in Newcastle from May 21st called Frankie and Johnny, and also has a new film coming out on 25th May called Welcome To Curiosity.

Do you think Vincent is dead or alive? Leave us a comment on our Facebook page @EntertainmentDailyFix and let us know what you think!