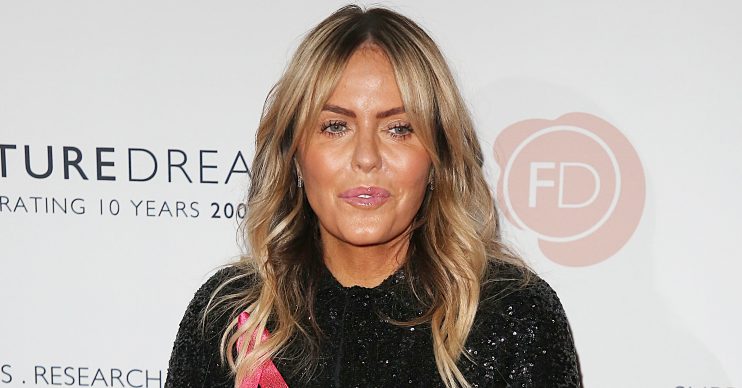 Another blonde bombshell behind the bar of the Queen Vic?

Actress Patsy Kensit has revealed her desire to join the cast of EastEnders, and even replace Peggy Mitchell as the soap’s matriarch.

Soap fans know that The Queen Vic landlady was killed off in devastating scenes in the summer of 2016, after actress Barbara Windsor was diagnosed with Alzheimer’s.

Ever since Peggy left, there has been a matriarch-shaped hole in the BBC serial drama.

One which former Emmerdale star Patsy Kensit dreams of filling.

The ex-wife of Liam Gallagher, who took part in the 2010 series of Strictly Come Dancing, is keen to follow up her brief return to Holby City as Faye Morton with a stint in Albert Square, she has revealed.

In an interview with radiotimes.com, Patsy admitted she hoped to join the Walford soap in the future.

She told the website: “I’d love to do EastEnders. My father was involved in organised crime in the East End, so I grew up around villains and that kind of backdrop. And I can pull a pint and say, ‘you’re barred’.”

Asked whether she thought she could be the next Peggy Mitchell, Patsy replied: “I do think that!

“I’m not insulting Barbara Windsor, because I think she’s so wonderful. But I would like to play a really strong matriarch.”

The 51-year-old went on to say that she has the right “energy” for the role.

She said: “I’ve got a good bit of energy in me, so I’d like to go out with a real bang and play someone like that.

“I’ve always loved the divas of continuing dramas, like Doris Speed on Coronation Street. Those shows are wonderful.”

Patsy has been acting since she was a child, but is more famous perhaps for her roles as Sadie King in Emmerdale, and Faye Morton in Holby City.

She also had a successful Hollywood career, starring in films such as Absolute Beginners and Lethal Weapon 2.

Patsy, who has been married and divorced four times, took part in Celebrity Big Brother in 2015, and was the third contestant to be evicted from the now axed show.

Do you think Patsy would be a good fit for EastEnders? Leave us a comment on our Facebook page @EntertainmentDailyFix and let us know what you think!