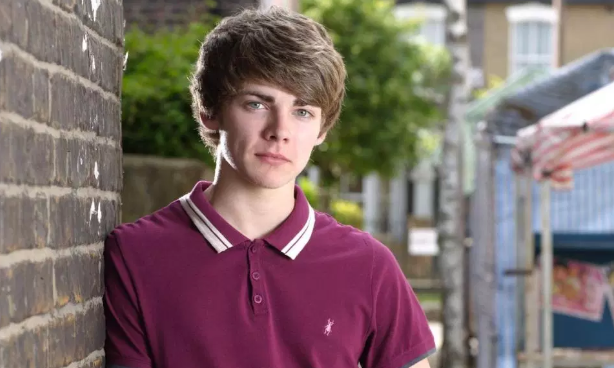 He's grown up a lot!

Former EastEnders star Thomas Law has grown up a lot since his days in the BBC soap.

Almost nine years since he left the soap, Thomas has completely transformed his look and as well as acting, he’s a singer and gym bunny.

In one photo, Thomas shows off his ripped body as he poses at the gym.

The photo shows Thomas posing alongside a mirror, so it looks like there are two of him in the pic.

Since his soap days, Thomas has released his own music including songs Easy, What a Wonderful World, Toothpaste Kisses, You got the Love and Here With Me.

The star often shares videos of himself singing on Instagram.

Earlier this month, he posted a clip of himself singing a rendition of Shine A Light by McFly and Taio Cruz.

He captioned the post: “Little Late Night sesh to end the week! #shinealight by the one and only #mcfly & #taiocruz – still learning it. Have a great week!!”

Fans loved his singing voice, with one person commenting: “Beautiful as always Thomas!”

Another wrote: “I’m literally crying so beautiful is your voice,” while a third added: “Love this!!! Great song!”

Little Late Night sesh to end the week! #shinealight by the one and only #mcfly & #taiocruz – still learning it • • Have a great week!!

Alongside the photo, shared with Madeline’s 16.4K followers on Instagram, she wrote: “Peter and Lauren bump into each other at a wedding 8 years later.”

One person said: “This is just the best thing ever omg,” while another added: “Seriously? No way, looks so different.”

Do you think Thomas looks different since his soap days? Leave us a comment on our Facebook page @EntertainmentDailyFix and let us know!