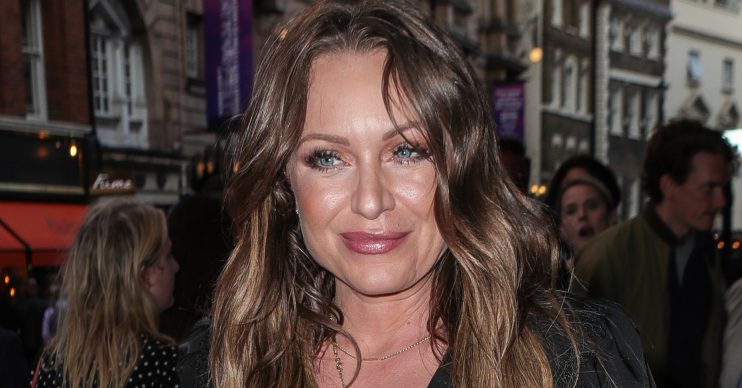 She is every inch the proud mother

Former EastEnders star Rita Simons has posted a video of her daughter Maiya, belting out a tune from the musical Rita is currently starring in: We Need To Talk About Jamie.

What makes the video all-the-more poignant and heartwarming is that Maiya is “almost profoundly deaf”.

Proud mum Rita shared the clip of the 13-year-old so her 96K followers could share in her joy.

I don’t normally put too many pics of my kids on social media but I am going against my rule this to show all you parents of deaf kids out there that #cochlearimplant CAN change your child’s life. Maiya is almost profoundly deaf. Without her processor she hears nothing. She was implanted 6 yrs ago and this was her last night singing a song from the show I’m in right now #everybodystalkingaboutjamie #ProudMama

She wrote alongside the post: “I don’t normally put too many pics of my kids on social media but I am going against my rule this to show all you parents of deaf kids out there that cochlear implant CAN change your child’s life.

“Maiya is almost profoundly deaf. Without her processor she hears nothing. She was implanted six years ago and this was her last night singing a song from the show I’m in right now.”

Rita’s former co-star Cheryl Fergison, who played Heather Trott, was one of the first to comment, saying: “Wow Rita how amazing and how much she has grown up… Time flies she is beautiful and a credit to mama and papa.”

And Jo Joyner, Tanya Branning in EastEnders, added: “This is incredible to see  – I know how passionate you’ve been about inclusion and opportunities for your girls. Honestly, so inspiring!”

“Truly wonderful,” said Rita’s I’m A Celebrity… campmate Nick Knowles. “A star in the making and you are right to be super proud.

“Huge credit also to the wonderful medical folks who do the most wonderful work to enrich lives.”

Lord Alan Sugar, who is Rita’s uncle, also commented: “This is my great niece. The important factor is [she] not only has a great talent and a great voice. She is actually deaf. Amazing kid.”

Maiya, who is one of a twin with sister Jaimee, was diagnosed as having partial hearing in her left ear and none at all in her right, when she was five months old.

Back in 2012, when Maiya was six, Rita and her husband Theo decided to allow her to have a life-changing cochlear implant operation to give her hearing in both ears.

Although it doesn’t give her perfect hearing, it enables the sensation of sounds, and the couple faced much criticism for their decision.

Speaking to Hello! in 2012, Rita said: “The hostility we’ve encountered has been extraordinary.

“It comes mainly from people who firmly believe that deafness should be embraced rather than treated as a physical deficiency that should be corrected.

“I totally respect their point of view. But when a 19-year-old girl told me that I was an ‘abuser’ to let my child have a cochlear implant, I was horrified and deeply hurt.

“We know it’s not a miracle cure and her hearing won’t be perfect. But, in time her brain will process what it is hearing and compensate, making sounds more familiar to her.”

My mini me has a show tonight. gutted I won’t be there as I also have my own show. Break all the legs! I love you ❤️❤️❤️

And it seems Maiya is clearly thriving following the procedure.

Rita played Roxy Mitchell in EastEnders for 10 years until 2017.

She and her on-screen sister Ronnie Mitchell died in dramatic fashion on New Year’s Day after Roxy suffered a heart attack in a swimming pool, and Ronnie drowned trying to save her.

Since their demise there have been many calls to bring the sisters back from the dead.

Rita has gone on to star in numerous musicals and stage shows including Legally Blonde and We Need To Talk About Jamie.

She was one of the celebrities in the 2018 series of I’m A Celebrity…Get Me Out Of Here! and was the fourth contestant to be eliminated.