Fans of EastEnders have been left disgusted after Ian Beale threw his 16-year-old son Bobby out following some vile Islamophobic slurs.

In last night's episode of the BBC soap (January 6 2020) Bobby was preparing for his conversion ceremony when the police arrived saying they'd received information that someone in the house had been researching material linked to Islamic extremism.

After Bobby gave the police his laptop, they left and Ian suggested to Bobby that he had been groomed whilst in young offenders.

The police came to the house to talk to Bobby (Credit: BBC iPlayer)

He then went onto ask if his son had "looked up anything to do with bomb making."

However, none of them know Dennis set up Bobby as revenge for knocking him unconscious.

Bobby's ceremony went ahead and afterwards he returned back home with Max and grandmother Kathy, just in time to overhear Sharon and Ian's conversation.

The teenager heard his dad saying: "You hear about people like that, don't you? I mean serial killers, murderers. I mean people who are so damaged deep down that they can't be put right. 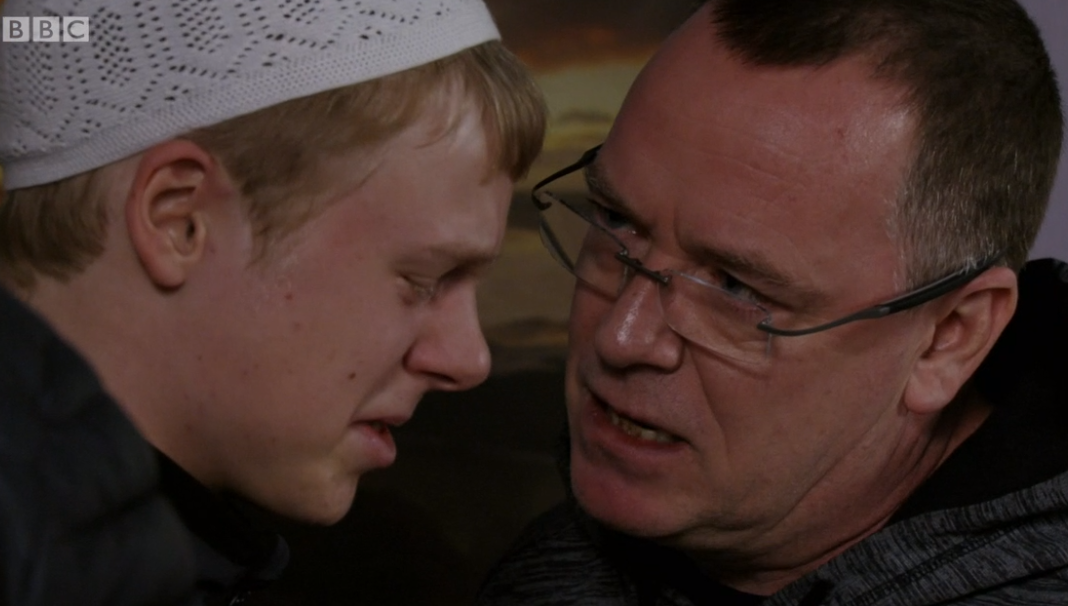 Ian said some cruel words to his son before throwing him out of the house (Credit: BBC iPlayer)

Bobby told his dad he's done nothing but try to fit back in. However Ian snapped when Bobby claimed Max had been more of a father to him than Ian had.

Ian was quick to remind Bobby that he had killed his sister Lucy before telling him he's sick in the head and throwing him out onto the street.

Viewers are furious with how Ian treated his son.

What the hell. I actually officially hate Ian Beale for what he did to Bobby. So cruel. Serves Beale the squeal right when years ago Phil flushed his head down the bog. Felt so sorry for Bobby. Disown him Bobby. #EastEnders

I've never hated Ian Beale so much before #EastEnders

Ian Beale on #Eastenders trying to challenge Geoff on #Corrie for most hated soap villain at the moment. @itvcorrie @bbceastenders

#eastenders already hated ian but after tonight I despise him, poor bobby

Ian actually disgusts me. Pathetic excuse of a man. #eastenders

I think I officially hate Ian Beale. Yeah, Bobby killed Lucy - but he’s served his time. Ian just thinks about himself all the time. I can’t believe I’m actually saying this given his track record - but thank goodness Bobby has Max. #EastEnders

That last scene on tonight’s episode was so upsetting to watch, I just want to give Bobby a hug 😭

Viewers of EastEnders know Bobby was responsible for killing Lucy in 2014.

For nearly a year, no one knew who had murdered Lucy, but on the show's 30th anniversary week it was revealed to be Bobby, who was 10 at the time. 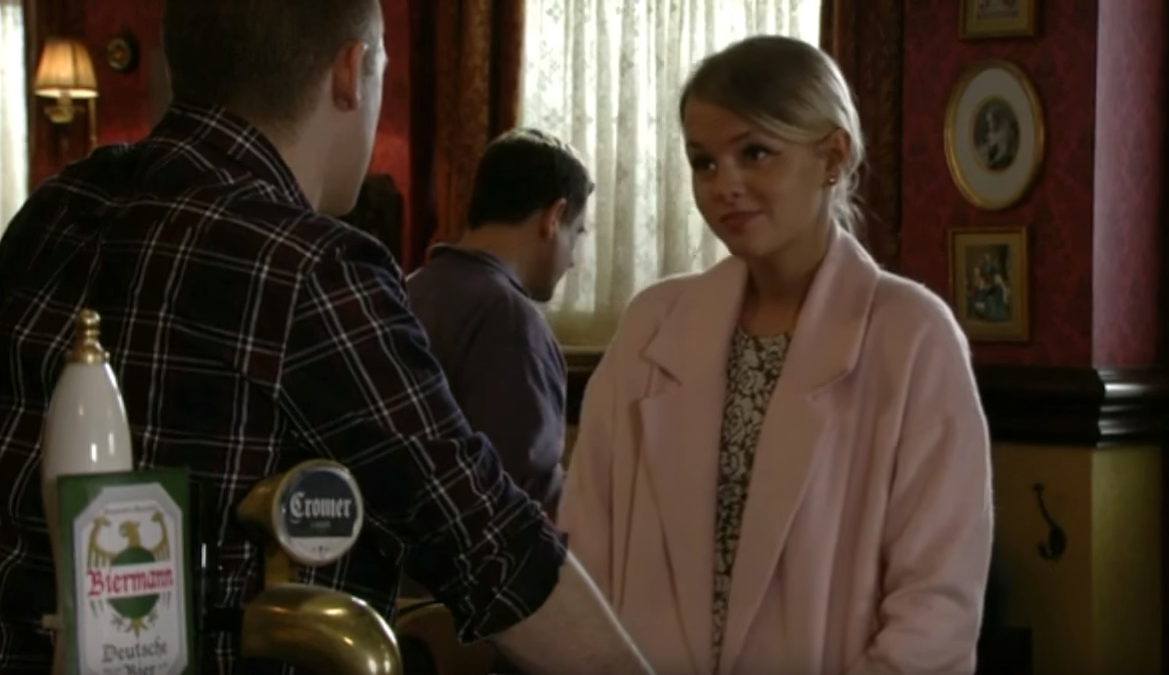 After later attacking Jane with a hockey stick, Bobby confessed to the police he killed Lucy.

I've never hated Ian Beale so much before.

He was sentenced to three years for Lucy's murder and a year for Jane's attack with the sentences running together. 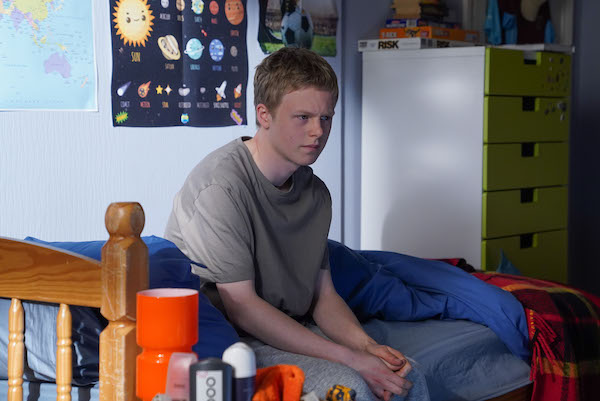 Read More: EastEnders' Danny Dyer reveals one of his testicles is the size of a jacket potato

Last year Bobby was released from prison and struggled to settle back into the community.

He revealed to his family that he was converting to Islam and wanted to be a better person.

What will happen now Ian has thrown him out?