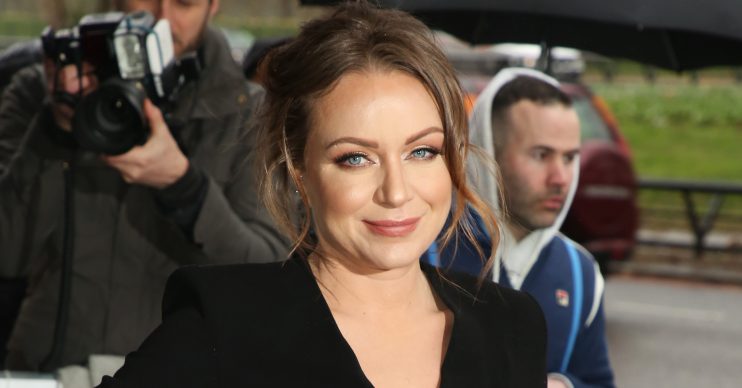 Former EastEnders star Rita Simons has shown off her new hair on Instagram – and fans love it.

The 42-year-old actress, who played Walford’s Roxy Mitchell, shared a snap of the new look and revealed she used the transformation as an opportunity to support a worthy cause.

Little Princess Trust is a charity that provides real hair wigs for children and young people who have lost their own hair through cancer treatment or other conditions.

Rita’s fans rushed to comment on her new do and praise her for donating her locks.

One said: “Fab! Looks great and what an amazing thing to do x.”

Another wrote: “Absolutely stunning @rita_simonsofficial Lots of love to you beautiful lady.”

A third commented: “Wow, loving the new you.”

Someone else told her “You look about 16!” but Rita joked: “You should see me without the filter. I look 98 x”

It follows Rita’s appearance on Lorraine earlier this year, during which she opened up about the difficulties of living with obsessive compulsive disorder (OCD).

She revealed she used to perform “rituals” out of fear her friends and family would suddenly die if she didn’t.

Rita said on the programme: “From the age of probably three I was a worrier. I used to have obsessive compulsive behaviours, but I didn’t realise that’s what it was until I was older.

“A lot of people with OCD have a thing they worry about. Mine was, ‘Everyone is going to die’. I would do rituals and all sorts of things in order to stop them dying.”

Rita joined the cast of EastEnders in 2007 and played Roxy Mitchell for 10 years, until the character was killed off.

She also featured on last year’s series of I’m A Celebrity… Get Me Out Of Here, but became the fourth star voted off.