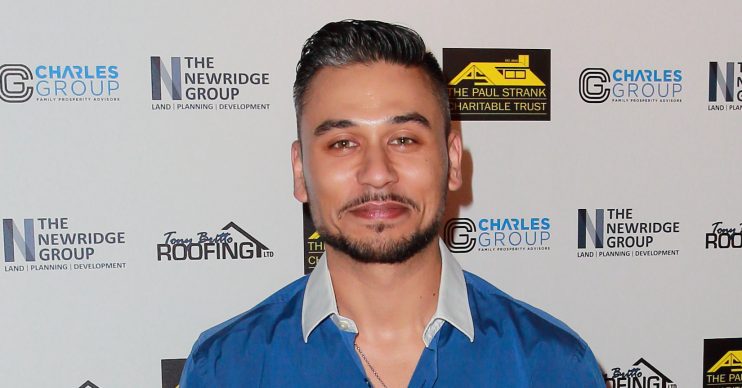 Ricky recently announced the news on his social media

The actor, who left the show in 2015, announced the news on his Instagram page by posting a picture of the film’s script.

He captioned the picture: “Announcement alert. Finally I can let you all know that… I got the part!

“Been filming this week and the cast and crew are so lovely. So much fun and good energy on set.

“Can’t wait till I can show you more! As always sending you all big [yellow heart emoji].”

The Princess Switch, which stars Vanessa Hudgens, was released last year on the streaming service.

The women, who are identical but unrelated, make the decision to switch lives for a few days after meeting at a baking competition in the fictional Kingdom of Belgravia.

Both women are played by Vanessa and it looks like the actress will be returning for the second film playing THREE characters.

Finally I can let you all know that… I got the part!

In the sequel, Stacey and Margaret find out they have another stranger twin called Fiona.

When Margaret inherits the throne to her fictional homeland of Montenaro, “party girl” Fiona threatens to ruin her plans.

In the sequel, Duchess Margaret unexpectedly inherits the throne & hits a rough patch with Kevin so it’s up to Stacy to save the day before a new lookalike — party girl Fiona — foils their plans pic.twitter.com/2V3jNnwVuo

A release date hasn’t been confirmed but it’s thought the film will be released in 2020.

Although not much information on Ricky’s character Reggie has been revealed, EastEnders fans will be excited to see Ricky appear in the film.

Fans of the BBC soap will know Ricky left EastEnders in 2015 when his alter ego Fatboy appeared to be killed off in a case of mistaken identity.

Fatboy was locked in a car boot at The Arches by Ronnie Mitchell’s heavies. However they were meant to have taken Vincent Hubbard.

Unfortunately the car was taken to be crushed and the last viewers saw of Fatboy was his trademark ‘F’ medallion being pulled from the car wreckage by Vincent.

Despite Vincent appearing shocked when he opened the car boot, viewers never saw a body leaving them hopeful that Fatboy is alive and will one day return to Albert Square.

Are you excited to see Ricky in The Princess Switch Switched Again? Leave us a comment on our Facebook page @EntertainmentDailyFix and let us know what you think!