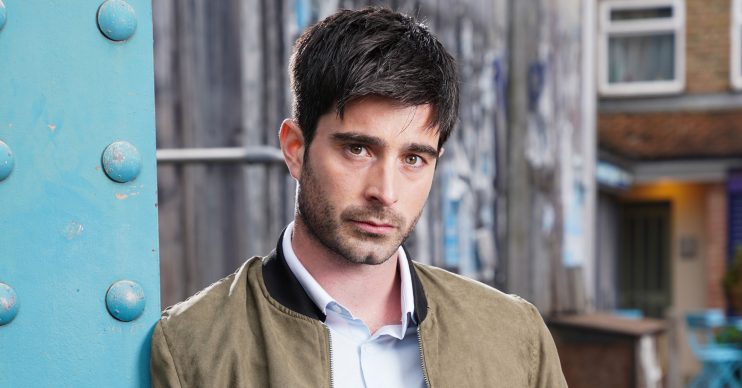 The mystery character was recently revealed to be the son of paedophile Tony King – Bianca’s boyfriend who groomed Whitney when she was a teenager.

He recently showed up in Walford and was seen talking to Tiffany at Whitney’s wedding and it was obvious he and Bianca knew each other.

Last week Whitney returned home from her ‘honeymoon’ after cancelling her wedding to Callum Highway.

Upon her return, she told family and friends she had met someone new.

The mystery man turned out to be Leo, however, she doesn’t know his real identity.

Whit will continue to get to know the man who she met on holiday over the next few weeks, but new spoilers released by the soap say his revenge plan will end up backfiring.

They are keeping the reasons why close to their chest, but it looks like he’s going to have to work a lot harder to get what he wants.

Will Whitney discover the truth about Leo?

Fans of the show will remember Bianca’s boyfriend Tony.

The paedophile groomed Whitney into believing that they were in love and on her sixteenth birthday she booked plane tickets so they could run away together.

But when she told Bianca the truth B called the police.

Tony was eventually sent to prison for 13 years.