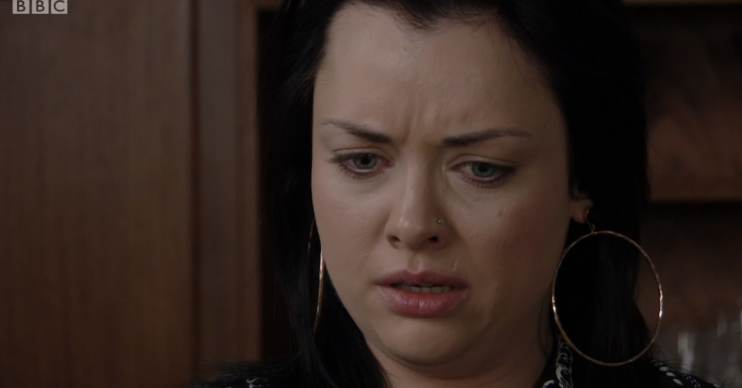 Whitney is being stalked by Leo

Viewers of EastEnders have been left heartbroken for Whitney Dean as she has started to lose her hair from stress.

For weeks, Whitney has been stalked by Leo King – the son of Tony King.

After finding out Leo’s identity, Whitney begged him to leave her alone, but he’s gone so far as to set up a market stall opposite hers.

In last night’s episode of the soap (January 27 2020) Whitney showed her uncle Jack the log book she has been keeping of Leo’s activity.

Jack said he would report Leo, but as he left, Whitney discovered her hair is falling out, leaving viewers devastated for her.

I feel so sorry for Whitney!! I have had my hair come out due to stress but no one should have a stalker like Leo … #Eastenders @bbceastenders

Poor Whitney’s hair is falling out. She never gets a break #EastEnders

Poor Whitney. Losing her hair because of all the stress and still trying to keep a brave face.#EastEnders

Oh man… Poor Whitney… I know that kind of stress!!! My hair fell out in clumps. Stress/fear, thats how the body copes. I still have practice breathing exercises everyday.@WalfordWeekly @bbceastenders #EastEnders

Leo is causing Whitney so much stress that her hair is falling out. 😳 #EastEnders

Later, things got heated between Leo and Whitney’s friend Kat when he asked her where Whitney was.

The two soon started throwing insults at each other but Leo found joy in winding up Kat’s boyfriend Kush.

Whitney’s hair is falling out from stress.

Branding Kat “the Walford bike” she lost her temper and flipped his stall table over before kneeing him in a very sensitive area.

Later in the pub, Whitney told Kat about her hair, but her mood soon changed when Leo was taken away by police.

However whilst Whitney, Kat, Kush and Martin were out celebrating Leo’s arrest, Whitney spotted him walking down the street.

Leo saw Whitney on the club’s balcony and went to speak to her, but Kush caught him cornering his friend.

As he got the market stall owner away from Leo, Kush pushed Leo back but pushed him a bit too hard causing him to fall off the balcony.

Leo first arrived on Albert Square last year and it was revealed his dad is Tony – the man who groomed Whitney from the ages of 12 to 16.

Whitney soon confessed to her mum Bianca what had been happening between her and Tony and eventually he went to prison for his crimes.

Some years later, Whitney learnt Tony took his own life and when Leo arrived in Walford, he got close to Whitney believing she lied about Tony.

After getting her to a hotel, he tried to get her to say she was lying about his dad but she refused.

Will Leo ever leave her alone?