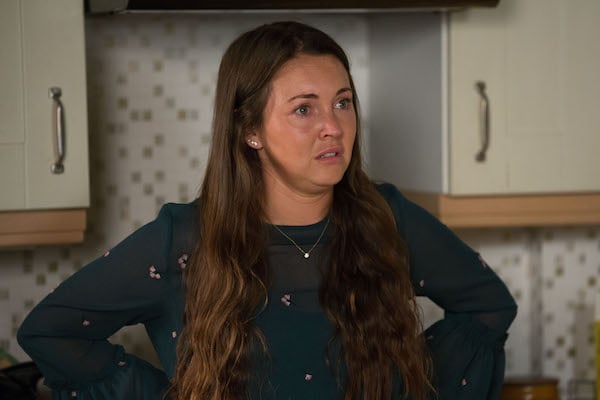 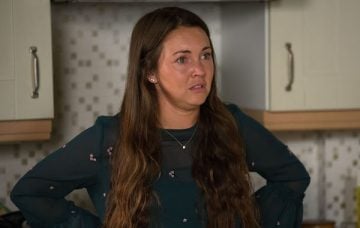 EastEnders viewers getting fed up of Stacey Fowler in custody storyline

Stacey and Martin fell out with Kush

Viewers of BBC soap EastEnders are getting fed up with Stacey Fowler in the custody storyline.

As the battle for her son, Arthur, with Kush Kazemi rages on, and Stacey squares up against her own cousin, Kat, fans are sick of Stacey’s behaviour.

It all started back in May when Martin was worried when his daughter Bex went missing.

The teenager had been struggling with exam stress and began taking pills to help her focus.

She had also developed a crush on Martin’s best friend Kush and was left humiliated after she tried to sneak in the shower with him, only to be rejected and ended up running away.

After Kush finally told Martin about Bex’s crush on him, the pair had an argument, but after Bex was returned home Martin eventually forgave the father of his stepson.

Recently Martin and his wife Stacey were left stunned when Kush revealed he wanted joint custody of his son Arthur, who he shares with Stacey.

And with Stacey’s cousin Kat dating Kush, the battle over the toddler has ended up tearing the family apart.

After Stacey and Martin refused to let Kush have Arthur on his birthday, he announced he would be hiring a solicitor.

In last Monday’s episode (July 1 2019) Jean called a meeting which ended in disaster when everyone began arguing and Jean was sick.

Stacey then told Kat and Kush she would be hiring a lawyer.

The feud between the Slaters ended up getting worse after Friday’s episode (July 5 2019) when Kat discovered the money Alfie stole from Phil Mitchell had been taken from her mattress.

She accused Martin but Stacey later admitted she took the money.

Viewers are beginning to get fed up with Stacey’s behaviour over having joint custody of her son.

Stacey is being a right cow over Arthur #EastEnders

The Slater drama dragged tonight’s episode down so much. I’m so sick of all of them, especially Kat and Stacey #EastEnders

You need to give that Stacey a proper slap, Kat.. #eastenders