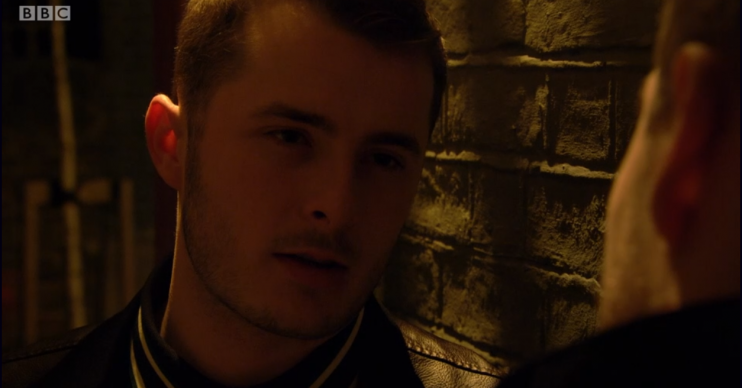 Ben will stop at nothing to get what he wants

Viewers of EastEnders have been left furious after Ben Mitchell hired a hitman to take out his dad’s cousin Billy – and have threatened to boycott the soap if anything happens to him.

In Monday night’s episode (May 20) a drunk and upset Lola let slip to Billy about Ben’s plan to fleece Phil out of money and leave.

In last night’s episode (May 21) Lola tried to cover up what she had said however, Billy wasn’t easily fooled.

Billy went to warn Phil about what Lola had told him, but Ben when overheard his name mentioned, he began to question Billy.

Ben told Billy he returned so his daughter could be around her granddad.

However, like his cousin, Phil didn’t trust his son and asked what he was playing at.

When Phil told Ben he was bringing Billy into the business, Ben wasn’t happy.

Ben later went to the E20 and Billy warned Ben to leave Lola and Lexi out of his plan.

Of course, Ben Mitchell didn’t take too kindly to being told what to do and hired a hitman to kill him.

Viewers were furious that Ben was planning to have Billy killed and have even threatened to stop watching the soap if anything happens to him.

If Ben kills Billy I am never watching #eastenders again

Who in their own mind would wanna hurt Billy. He’s a underrated national treasure, ye can’t touch him #EastEnders

If Ben gets billy killed it not watching anymore #EastEnders

Ben arrived back in Walford a couple of weeks ago with a plan to take Phil’s money and happiness.

However, when he discovered Phil was broke, he decided to help him build up the Mitchell business – and then take everything.

Ben has made it obvious he will stop at nothing to get what he wants.

After Rainie refused his services, Ben threatened her and stole the cars from the car lot.

But when his plan backfired with Rainie having insurance, he kicked it up a notch and decided to see who owned the land the car lot was on.

After discovering Jay was still the owner, he got his best friend to take over, kicking Max and Rainie out.