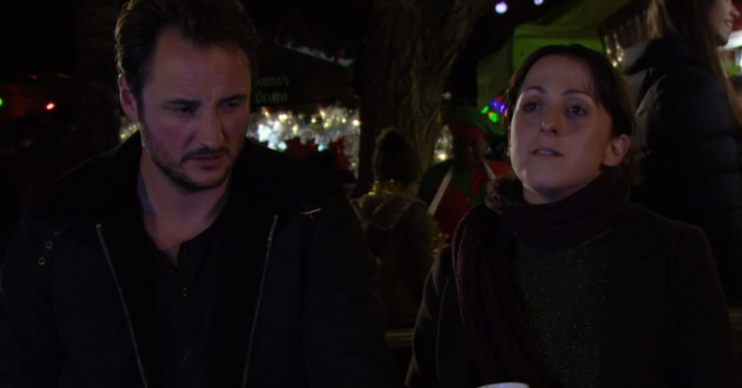 Martin and Sonia have a long history

Viewers of EastEnders have been left divided after Sonia Fowler admitted she still loves her ex-husband Martin Fowler.

Fans of the show know Martin and Sonia have a long history and are parents to Bex Fowler.

Earlier this year Martin left Walford with his current wife Stacey and their children Lily and Hope after Stacey attacked Phil Mitchell.

However, Martin returned when he heard Bex had attempted to take her own life.

Since his return, he has ended his relationship with Stacey, in an attempt to protect her from Phil’s son Ben, who was making threats against her following the attack on his dad.

Arthur is also Stacey’s son, but he stayed behind in Walford with his dad when she and Martin went away.

Martin and Sonia took Arthur to the Walford Winter Wonderland and Sonia asked Martin to move back in before Christmas.

I want Martin to get back with Sonia now.

Whilst they reminisced about previous Christmases and how amazing their daughter is, Martin leaned into kiss Sonia, but she leaned back and rejected him.

Later, however, she confessed to Tina that she wanted Martin to kiss her and thinks she’s still in love with him.

Some viewers want to see Martin and Sonia get back together.

I wouldn’t mind Sonia and Martin getting back together #EastEnders

I want martin to get back with Sonia now #EastEnders

Others aren’t too keen on the idea.

Martin and Sonia are taking a proper trip down memory lane loving it, but please don't get back together #eastenders 😂

In Tuesday night’s episode (December 17 2019) Sonia sought advice again from Tina as she thought Martin was avoiding her.

But later Martin apologised for trying to kiss her.

Although Sonia suggested that they have dinner, Martin claimed he was working.

What do you think of Martin and Sonia as a couple?